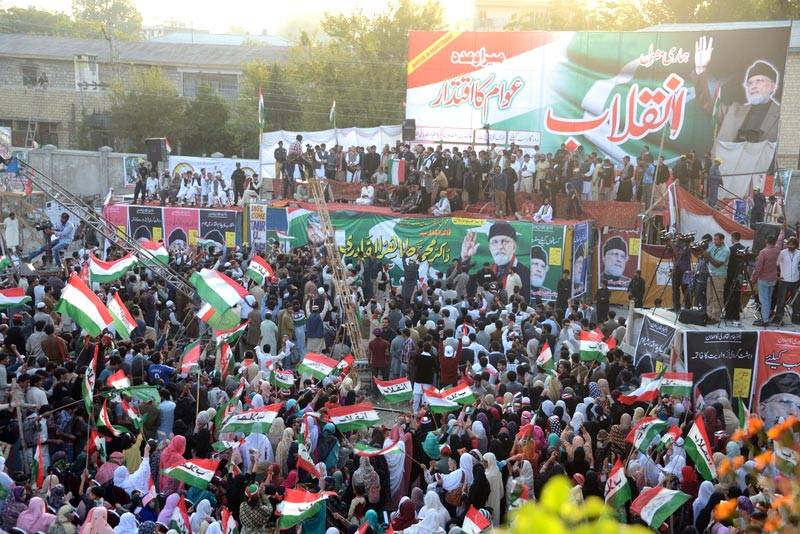 As for Lahore, The party’s supporters will lead a rally from Press Club to Punjab Assembly where PAT supremo Tahir-ul-Qadri would telephonically address the participants.

PAT Secretary General Khurram Nawaz Gandapur has said that all arrangements for the political movement starting today have been completed. He said that the workers and leaders of all political parties that signed the communique of national consultative meeting on July 31 including PTI, PML-Q, MWM, Sunni Ittehad Council, and JUP will attend the demonstration.

Revealing the details of the protest, Khurram Nawaz said that multiple protest demonstrations and sit-in will be organized from Martyrs’ Mosque to the Assembly Hall in Lahore, Aabpara chowk in Islamabad, from station chowk to Kachehri bazar in Faisalabad, from Mazar-i-Quaid to Tibbet chowk in Karachi, and from Lorry Adda to Sialkoti gate in Gujranwala. He said that PAT’s political movement will get underway from 2 pm today.

A tentative schedule of demonstrations in different cities is as under: