Russian girl travels to Pakistan to marry love of her life 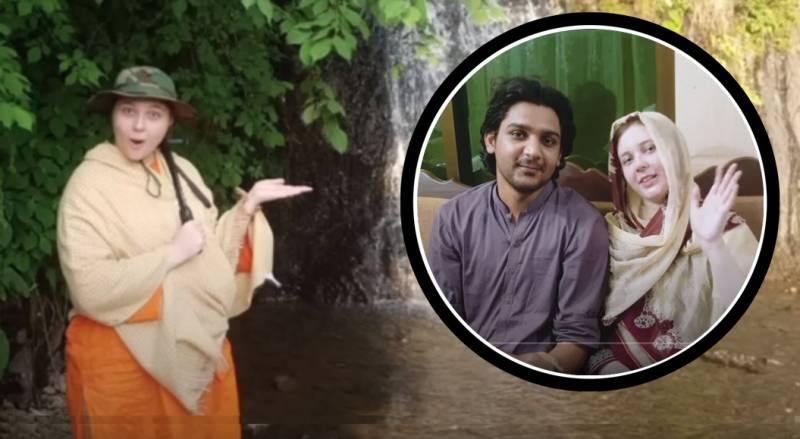 LAHORE – After falling in love with a Pakistani man, a Russian girl converted to Islam to marry Gujranwala resident Muhammad Ali.

Speaking to a Pakistani YouTuber, the lovebirds narrated how they first met.

Polina first became friends with Ali in an online community, and it later blossomed into love, which forced her to travel more than 4,000km to the South Asian country.

After a brief introduction, the groom said he first interacted with the girl during his stay abroad.

The duo shares a similar craze for travel, adventure, exploring new cultures, food and much more. They also started a YouTube channel where they shared their life experiences and adventures with their fans.

The Russian girl converted to Islam to marry the man of her dreams. She also learnt a little Urdu and moved to Pakistan.

Talking about her new life, the girl mentioned her love for cooking desi food, including parathas.

About conversion to Islam, Ali said that Polina was an atheist prior to their marriage, adding that it wasn’t difficult for her to adjust in Pakistan.

The girl admitted not being accustomed to desi socialisation, as a lot of guests flocked to their home to meet her. However, she said she was on good terms with her in-laws.

HAFIZABAD – In another story of love beyond borders, a 83-year-old woman travelled all the way from the Central ...