Engaging with US for Afghan peace without conditions: Pakistan 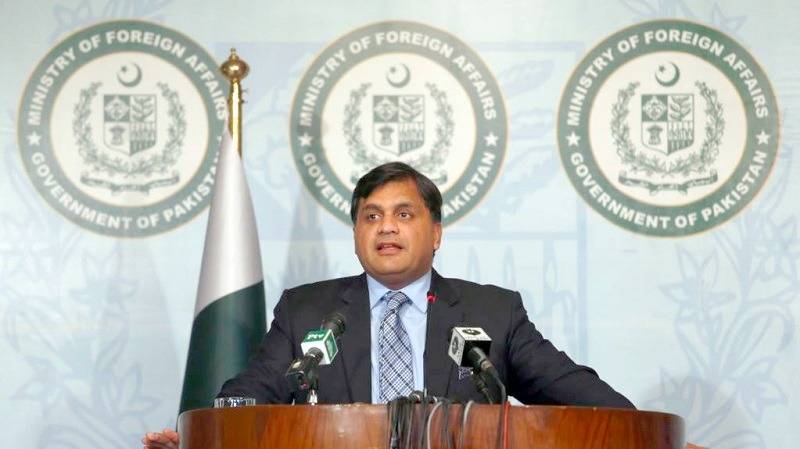 ISLAMABAD - Pakistan's Foreign Office stated on Thursday that no conditions were placed during US Special Representative for Afghanistan Reconciliation, Zalmay Khalilzad's recent visit to Pakistan.

He revealed that Islamabad was also in talks with Washington over the coalition support fund (CSF).

Dr Faisal continued that US president Donald Trump’s letter to Prime Minister Imran Khan highlighted the fact that Afghanistan was an important issue for the region.

Responding to the reports regarding the presence of a Taliban delegation in Pakistan, Dr Faisal said the solution to the Afghan war is political, not military, asserting that Pakistan believes in moving forward.

Regarding the atrocities by Indian forces in occupied Kashmir, the foreign office spokesperson said India should stop misleading the world and should accept ground realities.

“Pakistan wants reconciliation with India on occupied Kashmir issue and others and we are hoping for a positive response from New Delhi,” the spokesperson added.

He, however, affirmed that the Kartarpur corridor will not shift the focus away from the Kashmir issue which was at the top of Pakistan’s agenda.

Regarding the recent hike in dollar price, Dr Faisal said it had nothing to do with the foreign ministry as it was the responsibility of the finance ministry to maintain the price of the dollar.

Dr Faisal said that there was no truth to the reports that Kashmir was becoming a part of China.

The Chinese state television used a pre-approved map in which occupied Kashmir was shown in white, he clarified