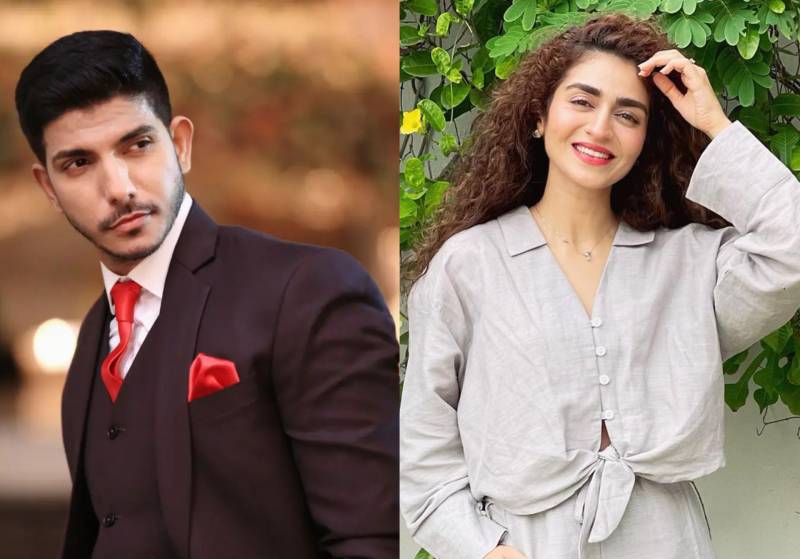 Hajra Yamin is a bold, talented and strong-headed actress of the Pakistani TV industry.

She never shies away from speaking her mind whenever she gets a chance. Although Yamin has done a few yet successful run of the mill projects, she has essayed unconventional roles in Sevak: The Confessions being the latest with an ensemble cast of Mohsin Abbas Haider, Adnan Jaffar, Nayyar Ejaz, Nazarul Hassan and Ammara Malik.

The webseries, which focused on the real face of fascism occurring in India, had Yamin play an Indian reporter named Vidya.

Haider was at the centre of a domestic violence row a few years ago. Nearly losing his career with instances like TV host Rabia Anam refusing to sit with him on a morning show, the Na Maloom Afrad actor has been the centre of negative attention in recent years.

Though Yamin has been vocal about societal issues, she revealed the reason for her collaboration with Haider.

During a recent interview, the Pinky Memsab actress claimed that she was always looking out for strong, developed female leads instead of portraying a conventional damsel in distress. The Maan Jao Na star said that Lollywood has a limited dimension for female characters so she would always jump onto the opportunity. However, the Bholi Bano actress vowed to keep it professional with co-stars.

Yamin substantiated her statement by suggesting that she can avoid attending award shows or events where alleged culprits are glorified.

On the work front, Yamin was recently seen in Jalan, Tera Ghum Aur Hum, Be Adab, Mere Apne, Sevak: The Confessions and Mohabbat Chor Di Maine. She will next be seen in Zarrar and Money Back Guarantee.

Haider, on the other hand, was seen in Ghamandi, Dil Tanha Tanha, Baddua, Mohabbat Chor Di Maine, Jo Na Mil Sakay and Siyani. He will next be seen in Once Upon a Time in Karachi.