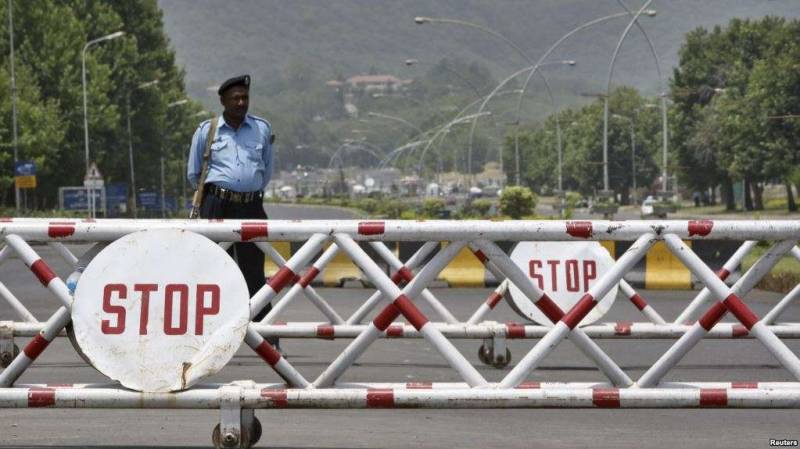 ISLAMABAD - The Supreme Court on Friday gave four weeks to Pakistan's premier spy agency  - Inter-Services Intelligence (ISI) - to remove the barricades from the main road in front of its headquarters near Aabpara in the federal capital.

A three-member, headed by Chief Justice Mian Saqib Nisar and comprising Justice Umar Ata Bandiyal and Justice Ijazul Ahsan, was hearing a petition filed by the Ministry of Defence against an Islamabad High Court (IHC) verdict to clear the blockades within a week.

The apex court also rejected a plea of the spy agency seeking three months to present an alternative security plan.

During the hearing, the chief justice directed the ISI to build the bombproof walls or shift the office to any other place, adding that the intelligence agency could not be given liberty to act on their own.

He observed that the top court cannot maintain different standards for the ISI and the general public.

During the last hearing, the SC suspended the IHC verdict, saying, "The high court does not have the right to take suo motu notices; we suspend its order."

On June 22, IHC's Justice Shaukat Aziz Siddiqui had directed the ISI to clear the portion of Khayaban-i-Suharwardy in front of its headquarters in a week.

The chief justice said, "We have given the orders against encroachment on public land all over Pakistan, and the ISI is not exempted from it," Dawn News reported.

"Call the ISI chief. Why has the road not been opened for public use despite court orders? This road has to be opened because it's causing trouble for the public," he asserted