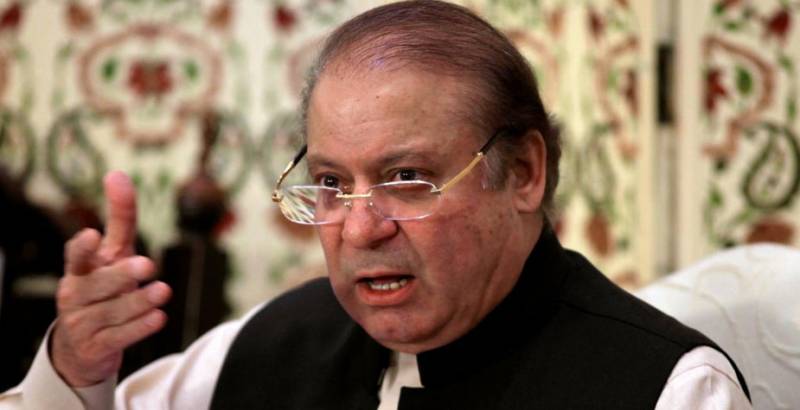 ISLAMABAD- The Supreme Court ordered on Wednesday all respondents, including former prime minister Nawaz Sharif, to submit their replies within a week in a case pertaining to implementation of Asghar Khan case verdict.

Chief Justice Mian Saqib Nisar inquired about Sharif when a three-member bench started hearing the case. The court was informed that the former premier was not present in the court, to which, the court ordered Sharif to appear before the court in an hour.

Later, the attorney general informed the court that Nawaz will appear before the court through his lawyer, adding that decision to select the counsel in the case is yet to be made.

In response, the chief justice gave time to the former premier to arrange a lawyer for the case.

However, renowned politician Javed Hashmi and others, who have been issued notices, appeared in the court. Hashmi denied receiving money doled out by two senior army officers and then-president Ghulam Ishaq Khan to thwart PPP's victory in the 1990 elections.

The top court has also summoned Abida Hussain, former ISI chief Asad Durrani and Altaf Qureshi to physically appear before the bench and explain the position regarding their role in the case, loitering in the courts for over 20 years.

During the last hearing of the case, Attorney General of Pakistan Ashtar Ausaf Ali submitted a report in the court pertaining to the cabinet’s decision in the case; he informed the bench that the cabinet has decided to implement the Supreme Court’s order and has directed the FIA to continue the investigation in the case.

Upon this, Chief Justice Saqib Nisar questioned what strategy has been devised to ensure that those who received the money return it back and ordered the court staff to re-seal the report detailing the cabinet meeting, as requested by the attorney general.

Despite the submission of the report, the top judge expressed his disappointment over the lack of progress in the high-profile case and remarked that the government “ran away” after forming a sub-committee for the implementation of the case verdict.