The southeastern province records 19 deaths and 1,475 new virus cases in a single day 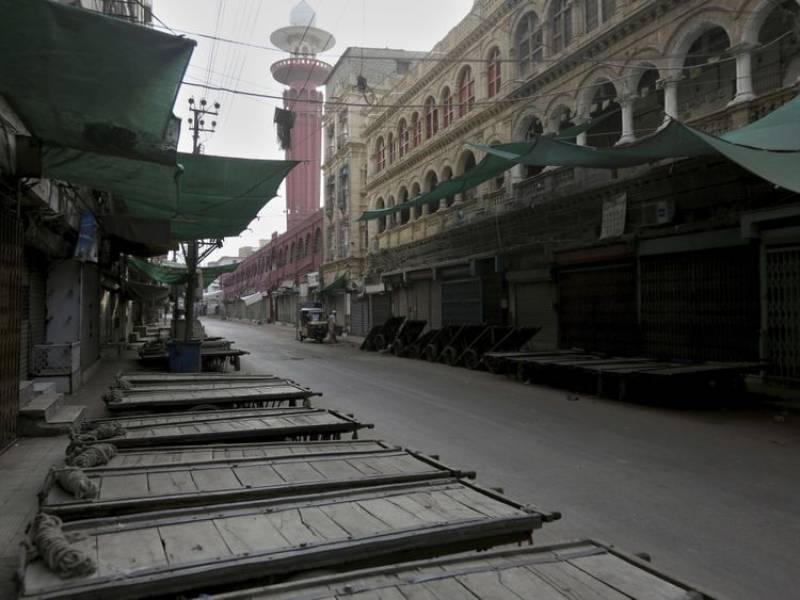 KARACHI – The Sindh government decision to tighten lockdown during the weekend registered a passive public response on Saturday as markets were only partially closed while people thronging with less than adequate precautionary interventions.

It was due to steady increase in the number of people tested positive for novel coronavirus that the provincial authorities had decided to keep people remain indoor during the two off-days hence only pharmacies, grocery stories besides shops selling milk and dairy products were allowed to remain open.

“At present 388 patients are in critical condition, of them 58 have been put on the ventilators,” he further revealed. He added that so far 18,265 patients have recovered across the province.

Due to smart lockdown, public buses or wagons, as per government directives, were not moving while most of the major markets and commercial centers were also closed, however, this rarely deter many not to move out of their home.

"I have a 9 to 5 job and all five working days therefore can do my essential shopping either on Saturday or Sunday," said Akhlaq Ahmed who thought the official decision to be inappropriate.

Rush around commercial outlets in different neighborhoods was a grim reminder that people are yet to fully realize intensity of the situation and were even willing to brave the heat so as to establish that viral infection hold no threat to them.

"What is being ignored is that they are not only exposing themselves but also turning themselves a risk for others," said Dr. Shafiq Ahmed.

Traffic flow was comparatively thin due to regular checking on all major thoroughfares, noticed to be a cause of annoyance for many of the families and thus causing a sort of tussle and arguments between them and the policemen.