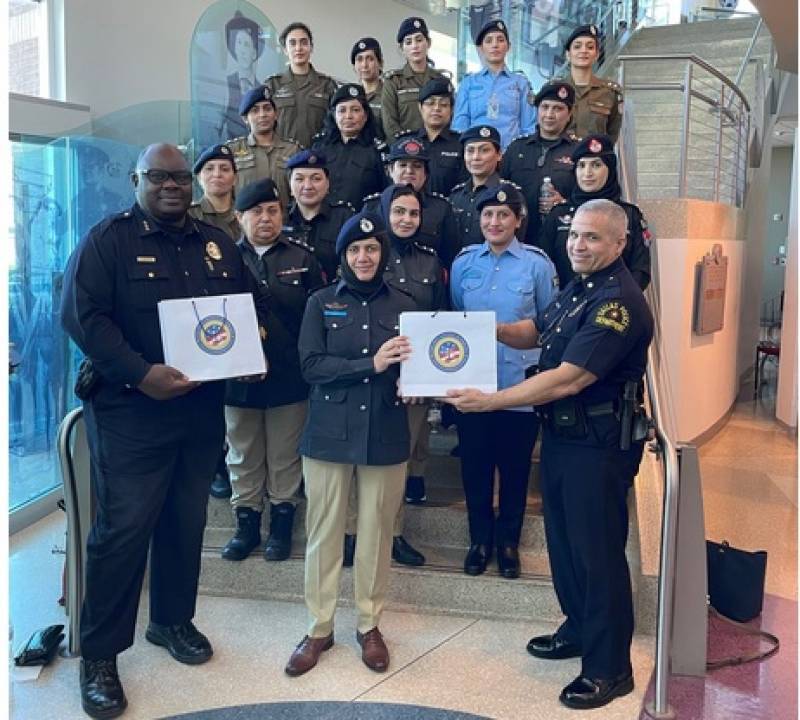 At Dallas Police Headquarters, the group had the opportunity to meet with police detectives and personnel from the Domestic Violence Unit, Crimes Against Children and Crime Scene Response Section, and discussed that how various crimes are investigated by police detectives, investigators and crime scene technicians in Dallas and Pakistan. A group photo was also taken with Lonzo Anderson, executive assistant chief of the Dallas Police Department, during the visit of Pakistani female police officers.

In May, a group of 19 Pakistani male police officers also came to the United States to attend a similar conference in Dallas, Texas. The tour of Pakistani police officers was organized and sponsored by the US State Department's Bureau of International Narcotics and Law Enforcement Affairs (INL).

The US International Narcotics and Law Enforcement Agency has so far trained more than 2,000 Pakistani prosecutors, judges, courtroom administrators and investigators for effective prosecution.  In addition, INL has sponsored more than 314 Pakistani prison officers for advanced training at the "International Correctional Management Training Center" in Colorado, USA.

Tahir Mahmood Chaudhry is a journalist and blogger based in New York. He works for Daily Pakistan as United Nations/New York Bureau Chief. He has written on national and international relations for more than two decades. He can ...