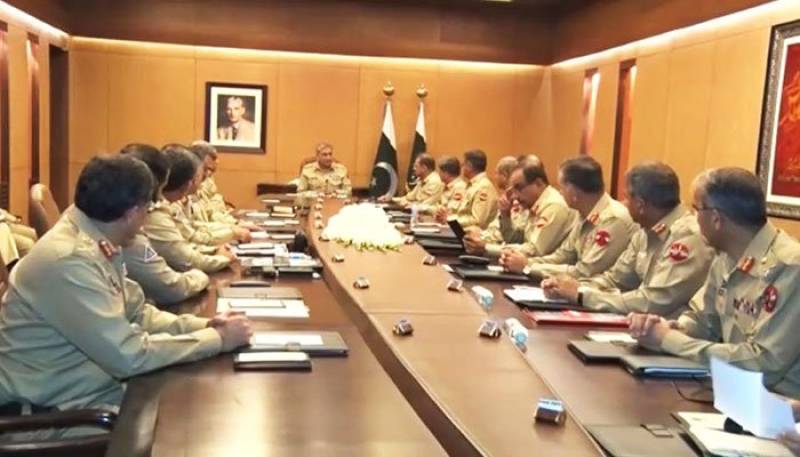 A decision to continue efforts for maintaining peace and stability in the country was taken during the conference.

Discussions were also held on the internal and external security of Pakistan. Progress on the Khushal Balochistan program was also reviewed during the conference, the ISPR said in a statement.

In a recent trip to Balochistan, the army chief said people of the province have rights to civic facilities and a peaceful environment, adding that the Khushal Balochistan program was aimed at fulfilling these rights.