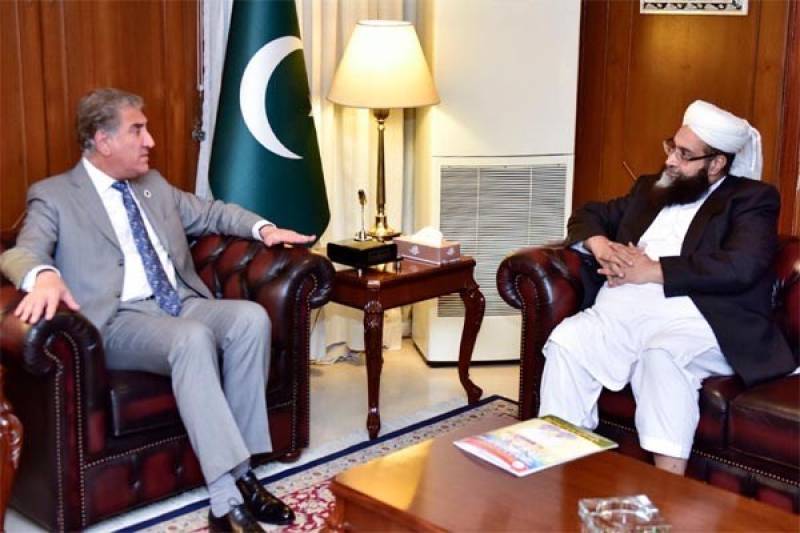 ISLAMABAD - Foreign Minister Makhdoom Shah Mehmood Qureshi on Friday said that religious scholars were playing an important role in the guidance and training of people.

He was talking to Maulana Tahir Ashrafi, a renowned religious scholar, who called on him here at the Ministry of Foreign Affairs, a brief statement issued by the Ministry said.

During the meeting, views were exchanged about important religious and political affairs.

Maulana Tahir Ashrafi assured the Foreign Minister that all religious scholars and Ulema stood with the country’s leadership for the welfare of country and nation.