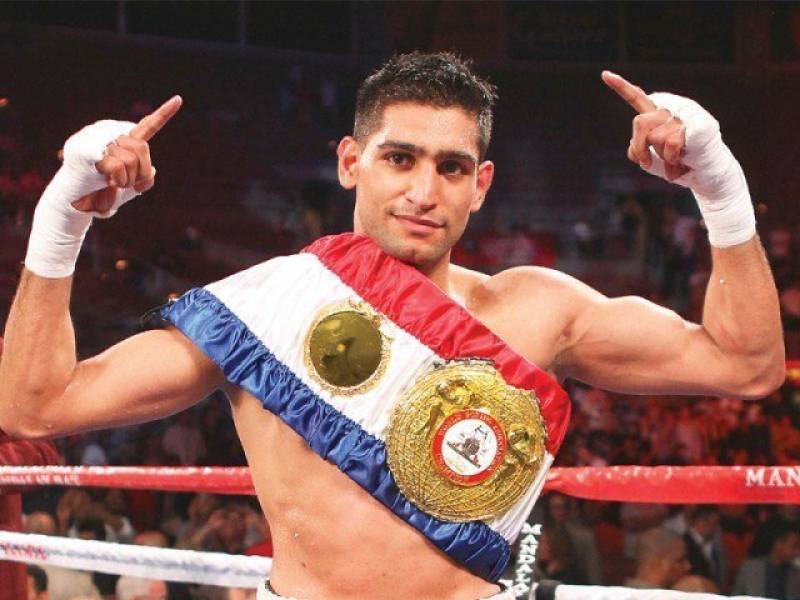 Froch secured an eighth-round knockout against Groves in the IBF and WBA super-middleweight title bout in front of 80,000 on Saturday in the biggest British fight for four decades.

Amir has been trying to face-off against Mayweather for over two years now and after the MGM Grand Arena bout he got an opportunity.

“It’s been a goal to come to the UK and put on a spectacular event and the plan is to do just that,” Mayweather told The Sun.

“I love all my fans in the UK and I want to go there and give a good show at Wembley before I retire. I plan to come in the near future. I want to continue to make history with the mega events we put on.

“The Floyd Mayweather brand is globally recognised. The warm welcome over there in UK is a good indicator of the magnitude of success a fight would have. We’re looking forward to it in the future.”

Amir, meanwhile, believes his bout against the pound-for-pound champion would eclipse the Froch-Grove bout.

“I think it will be the biggest fight ever in Britain,” he said. “Global interest would come to England and we’d sell out Wembley.

“I really want to bring this fight to the UK. I’ve fought all over the world and been top of bill but this would be so much bigger.

“They have done a fantastic job hyping Groves and Froch but this fight is on another level. Floydis boxing. Britain would shut down. It would be like the World Cup final of boxing.”