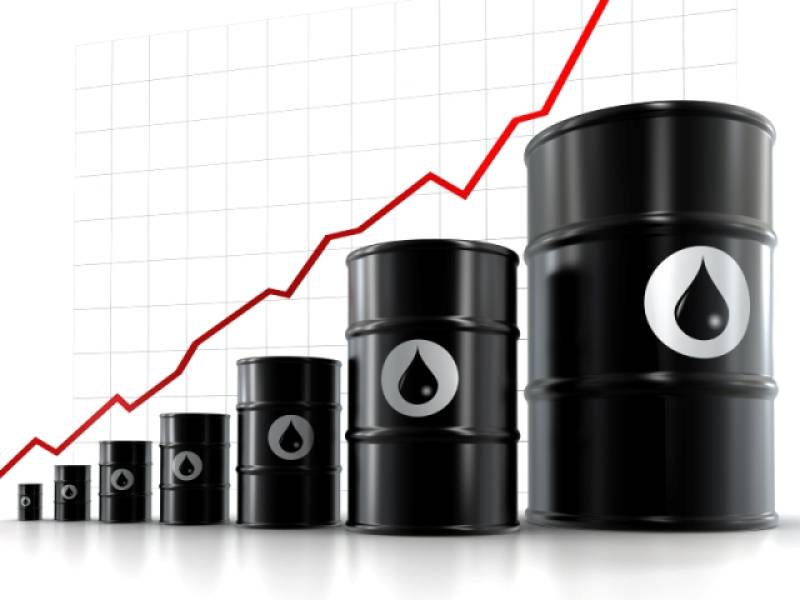 US benchmark West Texas Intermediate for June delivery gained 87 cents to $61.27, while Brent crude for June rose 63 cents to $68.15 in afternoon trade. WTI jumped $1.47 in New York while Brent closed up $1.12 in London. Both finished at levels unseen since early December.

"Geopolitical concerns in the Middle East continue to form a firm base for oil prices, be it Libya, Yemen or Iraq," Nicholas Teo, market analyst at CMC Markets in Singapore, told AFP.

Media reports on Tuesday said protests in Libya had shut oil deliveries to a port in the east of the country.

Fighting since 2011 in OPEC member Libya has seen output reduced from a high of almost 1.5 million barrels a day to around 150,000 a day, according to analysts.

Oil prices have in recent weeks also gained some support due to ongoing strife in Yemen, whose coast forms one side of the Bab el-Mandeb Strait through which some 4.7 million barrels pass each day.

Analysts said dealers are awaiting the latest US crude stockpiles report for clues to the state of production in the world's top crude consumer.

Oil prices rose last week after the US Department of Energy's inventory report showed a 500,000 barrel drop in petroleum stocks to 61.7 million barrels at the Cushing, Oklahoma trading hub, the first such decline since late November.

Traders took the decline as a sign producers are cutting back at key US petroleum sites, raising hopes this could pave the way for an easing of a global supply glut.

Overall US crude inventories likely rose by 1.5 million barrels through May 1, according to a Bloomberg News survey.