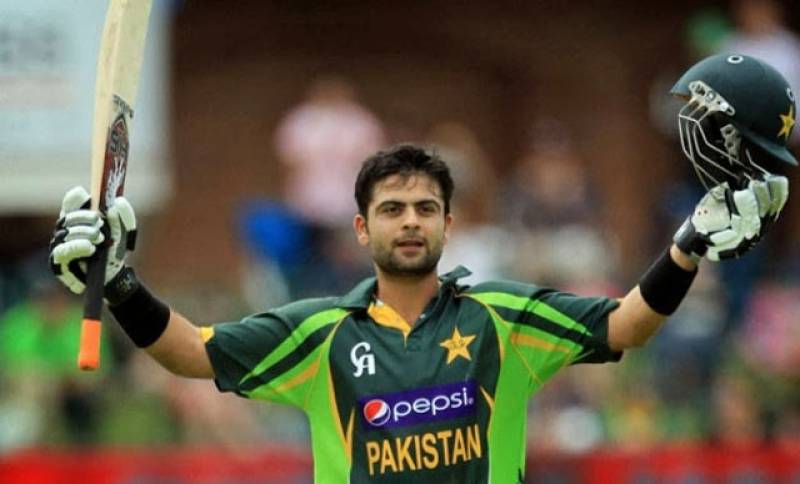 LAHORE (Staff Report) - Just a week after being ruled out of England tour, batsman Ahmad Shehzad has said that runs are more important for him than maintaining the team discipline.

Talking to newsmen, the cricketer said that he was dropped from the team previously as well, and that he would make come back to the team this time too.

When asked if he was ready to stop taking selfies, for which he is publicly known as the Selfie King, Shehzad said "I cannot quit taking selfies as they are reason to bring smiles on many faces."

On the occasion, he further said that he will improve his performance in the coming days and is hopeful to grab the attention of selectors for the forthcoming series against England in July.

Earlier, Ahmad Shehzad and Umar Akmal were not invited to Pakistan Cricket Board's (PCB) training camp ahead of the England tour due to their troublemaking behavior.

Chief Selector Inzamamul Haq said that Ahmed Shehzad and Umar Akmal had not been called to the training camp due to discipline issues and their dismal recent performances.

Earlier in April, while he was playing Pakistan Cup 2016, Ahmad Shehzad broke a window glass with his bat in the dressing room of Faisalabad’s Iqbal Stadium after failing to reach his half century.

He had scored 79 runs off 70 deliveries after Peshawar lost two early wickets for 44 runs during the match.

During the PSL, Ahmad Shehzad, who represented Quetta Gladiator's, was also fined in February for his on-pitch row with fast bowler Wahab Riaz of Peshawar Zalmi during a match at Dubai International Cricket Stadium.