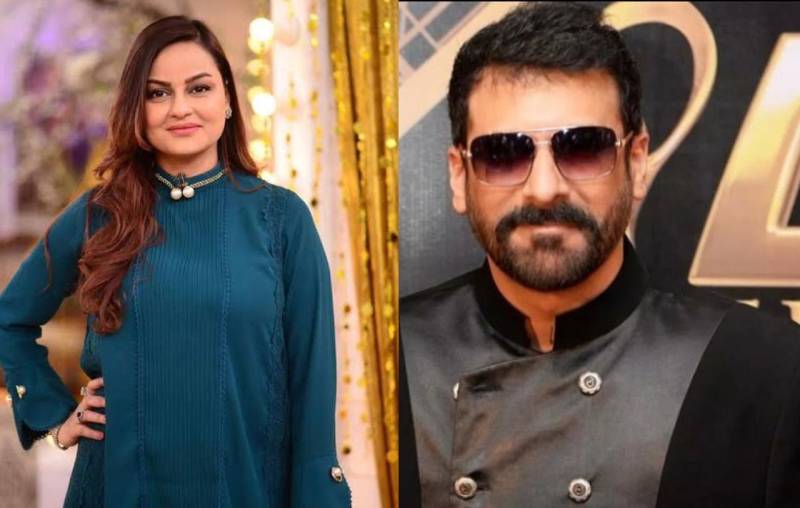 Javeria Abbasi and Shamoon Abbasi's marriage, divorce and the events that followed have always been under public scrutiny.

Javeria being the epitome of grace and empowerment have been quite vocal about the sympathy treatment people give single mothers or divorcees. She had asked everyone to stop pitying her for being a single mother.

“I can give my child a great life from whatever I earn. I don't need a man. I raised my child well. I have an amazing daughter; she's beautiful; she's working and I'm so happy that she's a well-educated girl. What else do you want in life?" she had said.

During an appearance at a local talk show recently, Javeria made some interesting revelation where she explained that her ex-husband Shamoon is also her stepbrother.

While narrating her career trajectory, she said. "I went to Express Talent as an audience member, I always wanted to go backstage and meet the artists. Nayla Jaffrey saw me there when I went to ask her for an autograph. She asked me to audition instead. After that, I worked with your [host Nida Yasir’s] father for the first time, got my first award for the same PTV drama. Did a lot of struggle as well."

Nida inquired whether she was married by then, to which Javeria said she had just gotten engaged to Shamoon. The host then revealed how their lives were made into a drama serial as well. Hum Tum starred Atiqa Odho, Sajid Hassan, Aamina Sheikh and Mohib Mirza.

"Javeria's mother and Shamoon's father got married. Javeria and Shamoon were step-siblings," Nida explained as the Taana Baana star nodded.

Nida quipped, “So take your mind out of the gutter. Javeria had already come clean about how she tied the knot with Shamoon. He was the first guy she ever saw."

Agreeing with the host, Javeria recalled she had gone to her maternal uncle's house so she can get married. "I had to come back to the same house so rukhsati happened from my mamoo's," Javeria remarked.

The duo tied the knot when they were quite young: Javeria was 17 while Shamoon was 22. Talking about her divorce, she shared how relationships all come down to chemistry. "Sometimes, things just do not work out. You feel as you mature, you could have done better,"

The Tanna Banna star also pointed how women are so heavily dependent on their male counterparts that they forget to rely on the Almighty and try finding comfort in a brother, a father or a husband.

"We keep forgetting that there's a Divine power that can pick us up whenever we fall," Javeria concluded.

The couple, who was married for 10 years, co-parent a daughter Anzala.

LAHORE - Pakistani TV star Shamoon Abbasi, who is currently stranded in Thailand along with his crew members due ...