“It’s a sign of superiority to them that they can litter and others will clean that for them; no remorse, no shame, no worries at all!” 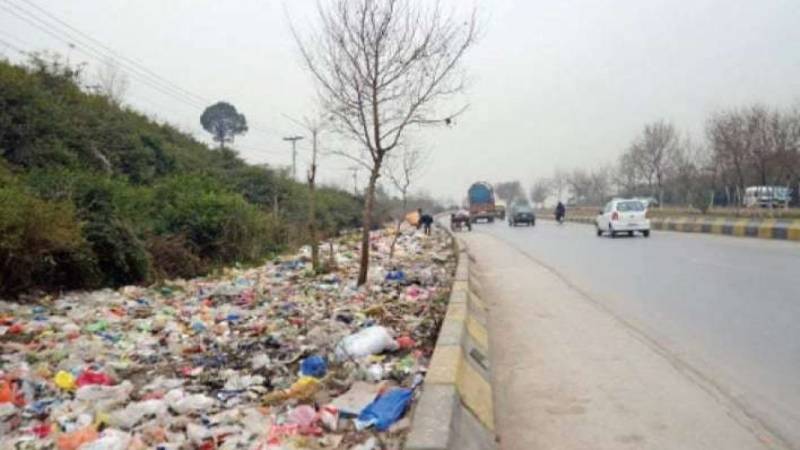 Amna was visiting Pakistan for the first time in eight years. Chicago was no fun around Ramadan. All these years, she had been dying to spend it with her family. Eid was due in a week, and shopping for her little one was a priority. Her friends told her about a big brand for kids which had beautiful ethnic dresses. Outside the huge outlet, there were hawkers, and a Walls ice cream seller with a cute little freezer fixed to a bicycle. “Mommy can I have an ice cream?” her daughter inquired with a tone expecting ‘yes’. Ever Since they had landed, she had not been eating much. Amna could not say no and bought her one: Cornetto. Super excited, she started licking the chocolate cone. Amna was initially reluctant, knowing the rules of not taking food or drink inside a store, but when she noticed most of the kids enjoying ice creams even inside the store, she went ahead. It was at the checkout counter, when the cone slipped from the little hands, falling with a smash on the floor, making a mess of semi-melted chocolate. Without giving a thought, more of a reflex, Amna took out the wet wipes from her bag, and started to clean the mess. Oblivious to the fact, that other mothers walking past were looking at her; some with disbelief and some with disgust!

Why do we find it weird cleaning the mess we create? Why is it considered belittling? Who is responsible for cleaning tons of litter that we, as a nation produce? Why can’t we be a litter-free nation like many others? Is it the way people think, or the way society makes us believe what is acceptable and what is not? So many questions and so many different reasons as to why there is such a major issue of littering in our nation!

Driving through the busy streets of any major metropolitan city in Pakistan, what would one see...buildings, vehicles, street vendors, a crowd of people? Obviously! But, one won’t be able to ignore the heaps of filth, smelly garbage, simply lying around the pavements. This view is not unique to one street. Almost every street, in all major areas of Pakistan has similar scenes. If one’s environment signifies one’s psyche, as it is usually believed, then we Pakistanis indeed need some self-contemplation.

The nation’s love for litter, and indifference to hygiene and sanitation, manifests itself in innumerable ways, but the public places, roads, streets offer the most generous evidence. The statistics showing literacy rates, and the off and on government campaigns, tend to give us a feeling of optimism regarding expected improvement in the basic mentality of public at large. However, the scenes at the prestigious building: The Governor’s House, Punjab, after it was announced open for the public, display another proof of the clumsiness, of our nation.

Why Pakistanis don't consider littering as something wrong? “I believe, as a nation, we might rank high on nationalism, but we lack a sense of responsibility and solidarity. The reason littering continues is due to, this lack of feeling responsible for public areas, roads and parks. Moreover, people usually litter neighborhoods or communities that they are not part of, because as long as it is not in their house or in their neighborhood, it is someone else’s responsibility! Tied to this, is our nation’s heavy reliance on maintenance workers: maids and garbage pickers in general, that stops us from being active players in cleaning even our own houses and communities. This lack of responsibility makes people litter repeatedly, thus developing a habit out of it. Since we learn from people around us and once litter starts to pile up, there is a marked decline in sense of responsibility exhibited by our nation.”  says Ms. Nabiha Chaudhary, Community Psychologist at the University of Cincinnati.

People are, probably, not aware of the consequences of littering. They dump trash at the front of their properties, thinking it is the duty of the government bodies to clean it up. “Average waste generation in Lahore is approximately 6000 tons/day.” As per Mr. Saad Mohsin, previously employed as Manager Lahore Waste Management Company, “Laws are there, but, need to be strengthened. The issue is enforcement.  To control the scourged litter, strict governmental patronage is a must”.  Where other countries, whom we proudly follow in fashion and trends, impose heavy fines on littering, Pakistanis enjoy a thorough impunity. Sajid Masih, a street sweeper in Cantt, Lahore, states;” It’s not a big deal for the people throwing wrappers and juice boxes, out of their sparkling expensive cars. They know nobody’s going to punish, or even object. In fact, it’s a sign of superiority to them that they can litter and others will clean that for them; no remorse, no shame, no worries at all!”

Due to the ignorant and insensitive attitudes, effective waste management, especially in urban areas is becoming impossible. People have lost their lives over the garbage disposal issues. Environment, tourism and several health problems like dengue, malaria, skin infections and breathing issues, are directly linked with it. Every year, thousands of Pakistanis visit foreign countries, and are aware about the existence of litter laws. While their stay in other countries, they happily follow those laws, but, still there's no visible change in their basic mentality and habits. Once they land back, it’s the same: spitting wherever they feel like, littering wherever their bag of chips becomes empty.

No matter how ill-focused they may be, schools have been trying to practice the ‘dust bin culture’; believing that the youth can become better citizens, but it’s a case of ‘Nature vs. Nurture’. 75% of the school is at our homes. Household ethos prevails over few hours spent in any institution.  What will make this particular nation understand? Mr. Saad states, “Cleanliness is a habit and it takes time to fully adopt. It has taken time in the scenarios of other nations, as well. It has taken decades of continuous enforcement by local authorities. Humans have always learnt from each other. One may consider the examples of other countries like Japan, Indian and some European countries. India started late but they are one step ahead of Pakistan as they have executed some of their projects on the ground.” Unfortunately, there’s a prevailing attitude in our society which externalizes everything. We forget that this heap of garbage is a collection of thousands of single wrappers. If each member of our society realizes the responsibility towards environment, we can accomplish litter-free roads.

Historically speaking, this litter legacy has its roots in the subcontinent’s centuries of social set up. Hinduism has It nourished a divisive caste system, where ‘Shudars’ and ‘Dalits’ are responsible for handling the filth of the upper castes. The profession of handling filth for others, has not been a matter of choice. A despicable caste system decides who enters the cleaning line. Women, most typically, cleaned open defecation and dried toilets, whereas, men tended to do the more demanding physically labor of entering sewers and septic tanks, and cleaning excrement that way. This has been slavery by birth, by caste and by gender. In spite of being at the verge of an altering decade and technological advancement in the 21st Century, there are still poor neighborhoods and slum areas in countless communities of the sub-continent where this practice is followed, generation after generation.

Even though, there are many NGOs working, and international policies have been forcefully implemented yet the mindset exists. This community, to date, is kept separate and faces a lot of discrimination: their children are not allowed to go to school, not allowed to sit with others, go to mosque and pray, not even allowed water from the same pots. Their places of worship have been separate and so are their burial grounds. They are treated as second class citizens, branded with untouchability, and they often face severe health consequences. These roles are so deeply entrenched that when they try to quit, they get social and economic boycotts. The mindset kept on transferring into every generation: knowingly then; and unknowingly now, it has seeped down into our essential nature. Notwithstanding our pretentious preachment of being different from Indian set up, habits and lifestyles in Pakistan, bear unpleasant similarities. There lies, the deep rooted belief – the legacy that there is another person whose profession is to clean our rubbish. This stark divide between the status and rights of different people in society has left an undeniable scar on the human psyche.

Littering was made a punishable offence in the federal capital of Pakistan, only in March, this year. The lost glory of the Indus Valley civilization included public and private baths. Sewage was disposed through underground drains built with precisely laid bricks, and a sophisticated water management system with numerous reservoirs. In the drainage system, drains from houses were connected to wider public drains. Today in 2019, the government of Pakistan estimates that 77,000 tons of solid waste is generated per day and it is mostly from major metropolitan areas. Karachi is a major contributor, producing 13,000 tons of municipal waste, daily. We have inherited the problem because our attitudes have remained to be that of ‘brown sahibs.’

Mr. Hamdan, a civil servant, abridges it, “Awareness, training and legal deterrence is the solution. We bend ourselves according to regimens. We behave nicely abroad due to laws and implementation thereof. There we are the odd man out and fear make us abide by laws. Family, education and religious institutions have to combine to produce a result. An overnight change will be possible through strict laws, which might result into reactionary approach. A better approach would be training of a generation.”

The wait is over. It is time to get out of this lame state of denial, and to start preparing ourselves to deal with the problem. To sculpt our generations to come, our strategically designed values should be based on the educational, social, ecological and democratic equity. So far, failing to prepare ourselves ethically, is dragging us into the world of social chaos; where the senses are gradually slipping under a numbing effect. There’s been already a huge lapse, a lot of deterioration; we all need to act fast…ACT NOW!  Alongside the quality governance, positivity has to be instilled, in order to revive the faith in collective benefits. The time requires a definite shift of consciousness, from ‘why me’ to ‘me first’. Fortunately, we still have some time to correct ourselves, but, with the conviction, that the morals will matter more than the modus operandi.

One Nation One Curriculum

Be age-friendly during COVID -19 pandemic