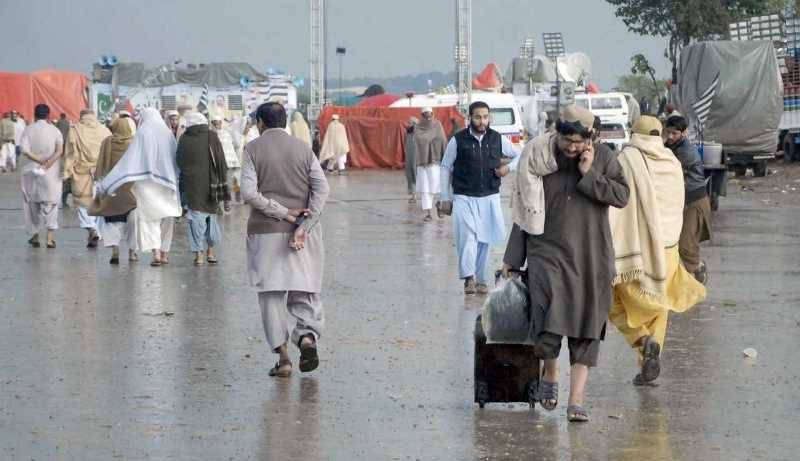 ISLAMABAD – Special Assistant to Prime Minister on Information and Broadcasting Dr Firdous Ashiq Awan Wednesday said the so-called Azadi March of Jamait Ulema-e-Islam-Fazl (JUI-F) had become a ‘hostage march’ as its participants were being treated like hostages who were left at the mercy of the freezing weather whereas the leaders were enjoying cozy bedrooms.

Talking to media persons here, she said Prime Minister Imran Khan had the feeling for the poor workers of the sit-in and as he had to issue directives to the Capital Development Authority (CDA) chairman to take steps for the facilitation of the protesters, who were being used for personal political gains by the JUI-F leadership.

She said last night Maulana Fazl ur Rehman claimed that the government had given the indication that it was ready to accept all their demands except the resignation of the prime minister, was totally incorrect and misleading.

She said not a single demand of the Rehbar Committee was worthy enough to give serious consideration as in every meeting they put forwards new demands completely unrelated to the demands of previous meeting. 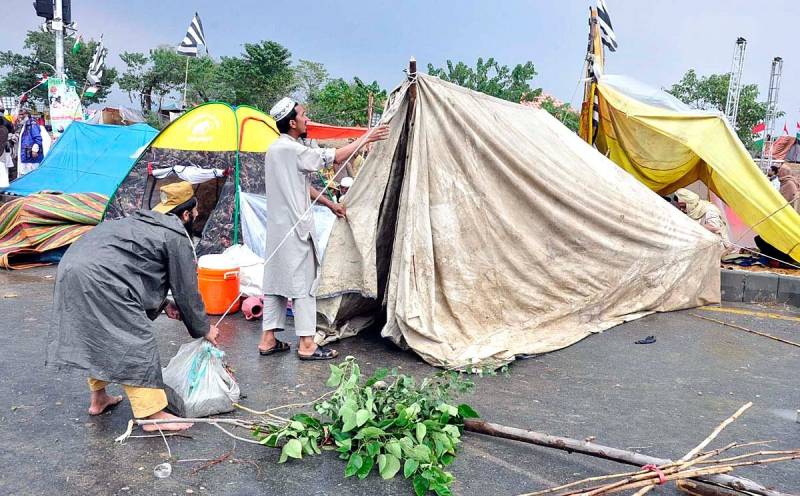 She said there was need to get rid of the people of the federal capital of this situation through a way out under the Constitution and law of the land and this city could not be made hostage to the whims of a single person.

Dr Firdous condemned Rehman for claiming that the sit-in was instrumental in foiling the government plan to hoist Israeli flag in Islamabad.She said this narrative of a religious scholar was highly provocative and effort to mislead the people of Pakistan.

She said prime minister’s stance about Israel was very clear as he had openly stated that Israel had been illegally occupying Palestine land until resolution of Palestine issue peace in the region was not possible.

On the issue of Namoos-e-Risalt, she said Maulana Fazl was part of the previous government when effort was afoot to make amendments in blasphemy law and the protest demonstrations were taken out by the masses but he opted to remain silent due to political considerations.

He neither condemned the effort to change the blasphemy law, nor held a sit-in or parted ways from the than ruling party.

She said his acts were manifestation of the fact that he was interested in power, not in resolution of the problems of the masses.

She said the prime minister was aware about the problems of the masses and fully committed to provide them their rights.

Criticizing the statement of Pakistan Peoples Party Chairman Bilawal Bhutto-Zardari, she said he even did not know that for the establishment of medical board, the accused had to file an application in NAB court, and the government had nothing to do with this issue.

She said stories of corruption and bad governance in Sindh were rampant and Bilawal should divert his attention towards resolution of their problems.

She said the PTI government under the leadership of Prime Minister Imran Khan was striving to transform Pakistan into an enlightened, moderate and progressive Islamic state having rule of law and the Constitution with powerful and independent institutions.

Commenting on former prime minister Nawaz Sharif’s shifting home from the hospital, she said it was strange that a seriously ill person had been shifted to his home for better medical treatment instead of a state-of-the-art hospital. She said Maryam Nawaz was given relief to pay attention to her ailing father.