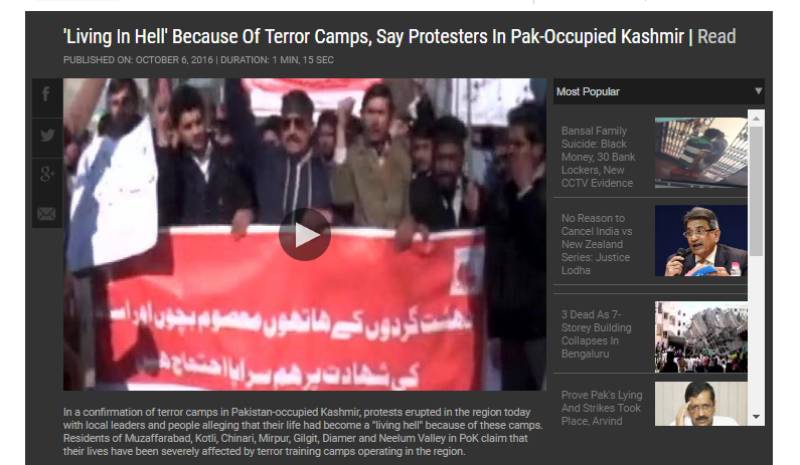 NEW DELHI - Crossing all the limits of ethical journalism in the name of nationalism, the India media has recently posted a doctored video showing protests against “terror camps in Azad Kashmir, Gilgit-Baltistan and other parts of Pakistan”.

Rights groups say the video is originally a fabricated propaganda which is only created for defaming Pakistan. “People in this one minute fourteen seconds video wore jackets, sweaters in the hot season beyond my intentions,” said Zafar Iqbal, director Press for Peace, an NGO works for peace in South Asia.

“It’s a matter of shame for NDTV and Times of India who is posting a two years old video in which people were protesting against a terror attack on Peshawar School in 2014.

“There seems to be neither rhyme nor reason to Indian media outlets’ twisted story on the protests against terrorism in Pakistan, which is fomented by Indian spy agency RAW that is directly involved in carrying out subversive activities inside the country,” he added.