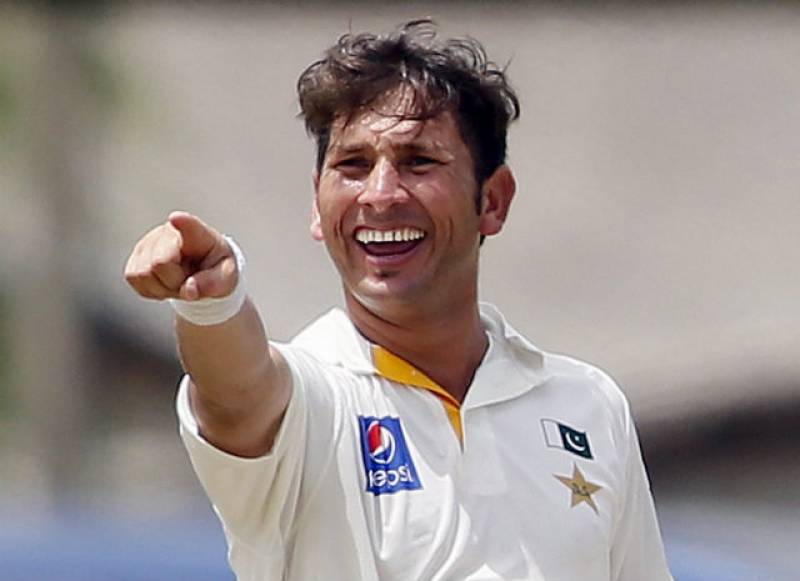 DUBAI - Match-winning Pakistan spinner Yasir Shah has sent a warning to Australia's batsmen that he is targeting 20 wickets and a win in the two-match Test series starting in Dubai on Sunday.

The 32-year-old has been Pakistan's main spin weapon since making his Test debut against Australia at the same venue four years ago.

He and left-armer Zulfiqar Babar took 26 wickets between them to rout Australia 2-0. Yasir again holds the key for Pakistan in the two-match series, with the second in Abu Dhabi from October 16.

"I have a target of 20 wickets," Yasir told AFP. "I know how important it will be to take wickets so that remains my target and for the team to win the series which is very important."

Yasir has grown in stature and wickets with each series. He took 24 wickets in three Tests in a series win over Sri Lanka a year later.

His 10 wickets at Lord's and five at The Oval formed the basis of Pakistan's 1-1 series draw in England two years ago before he took 25 in a 2-1 win in the West Indies in 2017 -- Pakistan's first series win in the Caribbean.

Yasir said Australia will miss the guile of banned duo Steven Smith and David Warner, who are each banned for a year for their part in a ball-tampering row in South Africa earlier this year.

"No doubt, Smith and Warner are two world-class players and Australia will miss them," said Yasir. "(They) know the art of staying at the wicket so that will be missed by Australia.

"But we can't take any team lightly. They have a few good players and a few of them I have played with in the Big Bash (Australia's Twenty20 league) so I know their strong and weak points.

"You can't say they are weak, maybe inexperienced. They're always a strong side. That series (in 2014) was my first and so I'm going to try to improve on that."

Yasir, who played for Brisbane Heat last year, said he has improved his googly because it was "a bit weak".

"I've been working on that. I think I'm 70-80 percent there with the googly and that's going to come in handy here."

He said he was constantly analysing his bowling and always on the lookout for new techniques.

"I do look over those videos from YouTube quite a bit," he said. "I look at how I went in those matches, analysing how it has gone and try to replicate my good deliveries."