17-year-old student beaten to death by teacher in Lahore 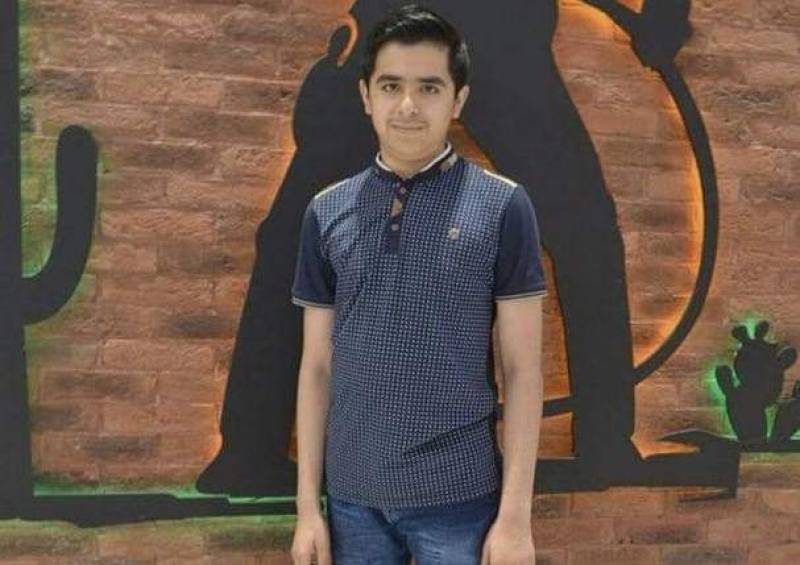 LAHORE - A teenage student in Lahore was allegedly tortured to death on Thursday by his teacher, according to classmates and police.

Hafiz Hunain Bilal, a student of class 10, was tortured by his teacher at a private school in Lahore's Gulshan-i-Ravi area, police confirmed and quoted the boy's classmates that the reason behind torture was that the victim had 'failed to memorise his lesson".

Rimsha Naeem, a Twitter user claiming to be the cousin of Bilal, detailed the ordeal, seeking justice for the bereaved family.

Naeem detailed that Kamran Hashmi struck the innocent child's head with his knuckles and then banged his head against the wall.

"Hunain’s friends tried to stop the teacher when it got out of control but by that time they could get ahold of the teacher, he was out of breath. The teacher brutally slapped him more than once across the face," Naeem said.

The teachers then lied to everyone saying that his blood pressure was low and he fainted. He was then taken to a hospital and his parents were called.

The teacher has been arrested by the police and according to the police spokesperson, the boy was taken to the hospital from the school but could not be revived.

A case has been registered by the police on behalf of the boy's father under Sections 302 and 34 of the Pakistan Penal Code.

"The school principal and administration had been mentally torturing my son for the past few days over non-payment of school fees which was deposited today," the FIR quotes the father as saying.

According to the father, he received a phone call from the principal at 1 pm on Thursday, who informed him of his son's death. The principal said he was taking the boy to Gosha-e-Shifa Hospital.

"The teacher punched him repeatedly, grabbed his hair and hit his head against the wall, all the while yelling at him," according to the FIR.

Posted by Siasat.pk on Thursday, September 5, 2019

One of the classmates while speaking to reporters said the teacher has beaten students in the past as well and whoever fails to memorize the lesson is subjected to a beating — especially on the head.

"He was fired previously from the school but returned six months later," he added.

"He struck his head, his side, his stomach and went on hitting him," the boy told newsmen and added that Hunain collapsed and the principal came running to ask what the matter was.

Minister for School Education, Dr Murad Raas expressed his deep sorrow and grief over this tragic incident and assured the bereaved family that Justice would be served. The Minister reiterated the Department's zero-tolerance policy towards corporal punishment of any kind in schools.

Dr Murad Raas has stated that he will monitor this case himself and will ensure that all those responsible are taken to task. (2/2) pic.twitter.com/XjkCAyhdoc

The minister said he will monitor this case himself and will ensure that all those responsible are taken to task.

The school has yet to issue a statement on the death of the student.