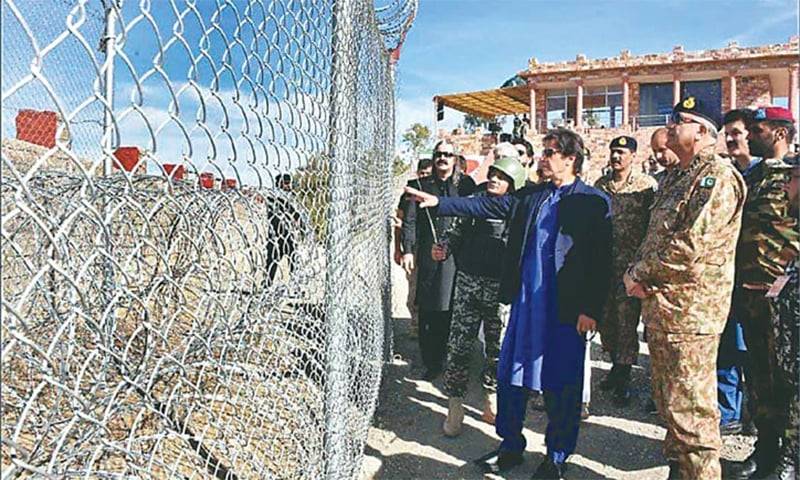 According to a brief statement by the Inter-Services Public Relations, the premier was also accompanied by Defence Minister Pervez Khattak, Foreign Minister Shah Mahmood Qureshi and Chairman of Special Committee on Kashmir Syed Fakhar Imam.

Foreign Minister Shah Mehmood Qureshi had earlier confirmed the visit of the premier and elaborated that Imran Khan would be spending the day near the Line of Control.

"The premier would also be visiting the family of a martyr in Muzaffarabad," said Qureshi.

The foreign minister expressed that the enemy could not defeat a nation whose history was enriched with the sacrifices of martyrs, who had laid down their lives while protecting their motherland.

ISLAMABAD - Defence and Martyrs Day is being observed today to pay tributes to the martyrs and ghazis and reaffirm ...

“We owe to the sacrifices of our martyrs, who sacrificed their today for Pakistan’s tomorrow,” the foreign minister told media persons during his visit to the residence of family of Shaheed Captain Junaid Irfan Abbasi in Rawalpindi.

The foreign minister also expressed that the unilateral action taken by India regarding the revocation of Kashmir's special status has endangered regional peace.

It was on September 6th in 1965 that the Indian forces crossed international border in the darkness of night to attack Pakistan but the nation foiled nefarious designs of the enemy.

The Defence and Martyrs Day is also being observed as Kashmir Solidarity Day this year to reaffirm the support of Pakistani nation to the oppressed people of occupied Kashmir who have been under lockdown for over a month now.

Special prayers were offered after fajr prayer in mosques for the progress and prosperity of the country and independence of occupied Kashmir from the cruel clutches of India. Fateha and Quran Khawani will also be held for the martyrs. The day dawned with 31 gun salute at the Federal Capital and 21 gun salute at provincial capitals.

The main ceremony of the day will be held at General Headquarters in Rawalpindi to pay tributes to the martyrs.