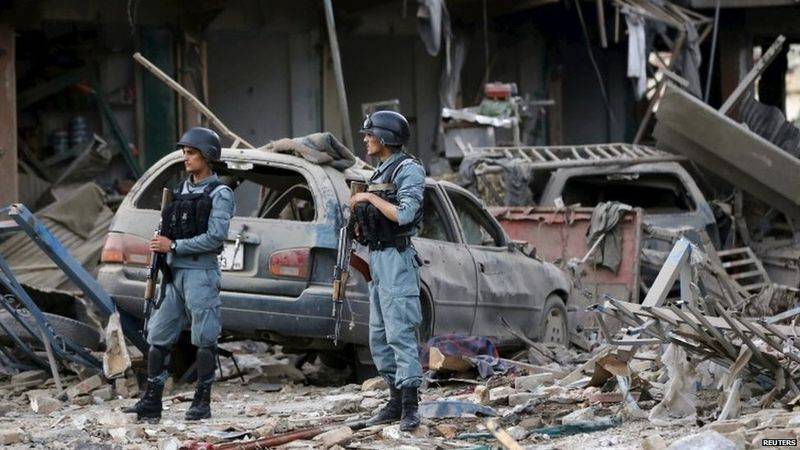 KABUL (Web Desk) - At least eight people have been killed and other 400 injured by a powerful car bomb in the Afghan capital Kabul early on Friday morning, media reports said.

Police say that the bomb went off in the Shah Shahid area of the city.

A security source was quoted saying that the target was probably an army compound.

Injured people including children were rushed to hospital for treatment. Some bodies are feared buried in the wreckage of shops and businesses.

There has so far been no claim of responsibility for the explosion. However the authorities suspect the attack was carried out by Taliban insurgents.