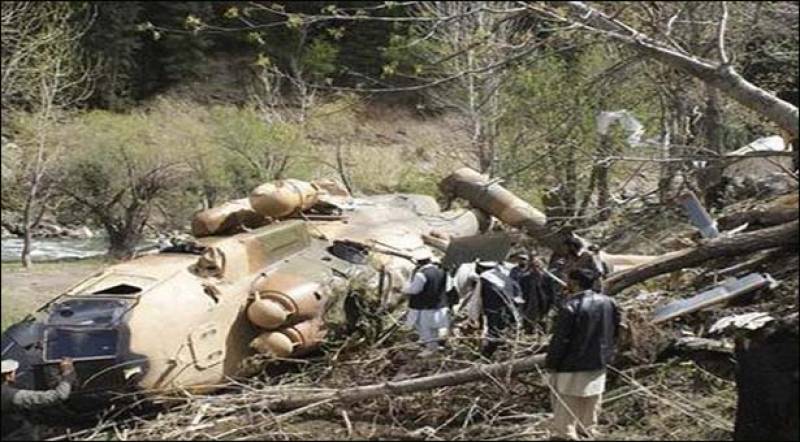 ABBOTTABAD (Web Desk) - The bodies of martyred army men in a helicopter crash in Khyber Pakhtunkhwa have been removed and rescue activities that started shortly after the crash have now been finished at site of the crash, local media reported on Friday.

According to the the detail, the bodies were shifted Friday morning to a military-run medical facility in Abbottabad from where they would be taken to Rawalpindi after medico-legal formalities at the CMH Abbottabad.

The helicopter was carrying an eight member medical team of Pakistan Army to join the ongoing rescue operation in flood hit areas of Gilgit.