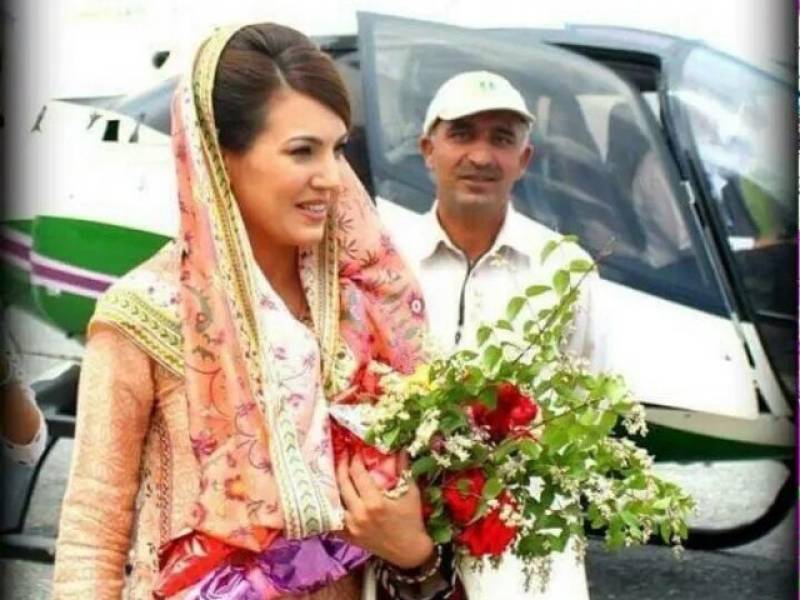 ISLAMABAD (Staff Report) –Reham Khan, the second wife of Pakistan Tehreek-e-Insaf chairman Imran Khan, has announced to formally kick off her political career by addressing as many as three political rallies during as part of PTI’s electoral campaign in NA-19 by polls in Haripur this week.

Imran Khan, who previously told media that Reham will never join politics, will also accompany his wife during the rallies.

I am going to lead the political campaign of PTI candidate Raja Amir Zaman for NA-19 bypolls scheduled to be held on August 16, Reham said while talking to media on Friday. However when asked about any possibility to contest elections herself, she said that I cannot answer this question currently.

She further added that I had joined politics the very day I got married to Imran Khan. "I am the biggest supporter of Imran Khan," Reham declared.

She also urged the women of NA-19 Haripur to come out of their homes and join her in building a better Pakistan by voting Pakistan Tehreek-e-Insaf candidate. Raja Amir Zaman is my brother and a very fair choice for his people, she addressed to NA-19 voters.

Pakistan Muslim League-Nawaz MNA Omar Ayub Khan was unseated on the orders of a three-member bench of supreme court. He had won the seat after an election tribunal ordered re-balloting at seven polling stations. PTI’s Raja Amir Zaman had originally won the constituency in the 2013 general elections, but his victory was challenged by the ruling party.