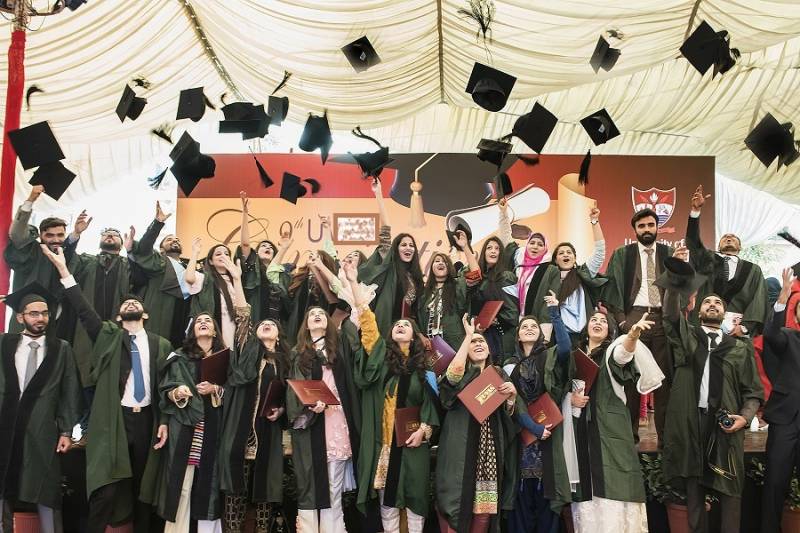 ISLAMABAD - The Higher Education Commission (HEC) has abandoned a condition of submitting previous education certificates for the attestation of higher education degrees.

According to a notification issued by the commission on August 2, the HEC announced: "Every degree will be attested solely on its merits i.e. whether it has been issued by a recognised institution and whether the institution has the legal authority to issue such degree”.

“Applicants for attestations will no longer be required to submit information about previous subsequent academic qualifications,” read the notification.

"All degrees from HEC’s recognised institutions in subjects where they were authorised to issue such degrees and from campuses, colleges authorised to offer relevant programmes will be verified, attested and equated. However, degrees from unrecognised institutions or from unrecognised campuses or colleges or in unauthorised subjects will not be verified. All other formalities are to be adhered to as per the prevailing SOPs," read the notification.

Earlier, the educational body checked the previous documents of higher secondary school, college or O&A levels before attesting the degrees and there was another condition that the these documents must be approved by the boards concerned.

Under this rule, more than 40 lawmakers were disqualified in 2010 and onwards when minimum graduation degree was required for contest elections after they failed to provide previous transcripts during the verification process.

The issue became so serious that many big names including former education minister Sheikh Waqas Akram has to face embarrassment after his A-levels degree found dubious.

An HEC official claimed that lifting this requirement will give shelter to those whose previous education documents are dubious.