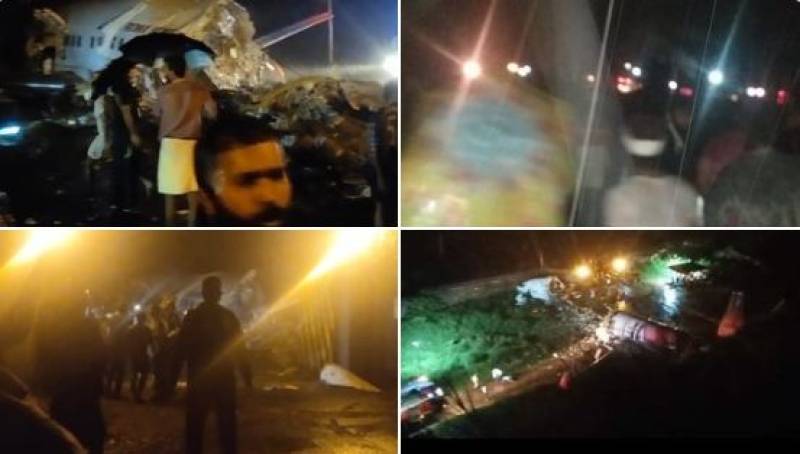 NEW DELHI – An Air India Express passenger plan on Friday skidded off the runway while landing at Calicut airport in Kerala amid heavy rainfall.

The flight which was carrying 184 passengers and 7 crew members including two pilots also broke into two piece after the crash landing and fell into a populated area.

At least 16 people including pilot of the ill-fated plane lost their lives in the incident. Dozens of passengers are being treated at different hospital for their injuries while 15 of them are in critical condition.

Kerala has received heavy rainfall through the day.