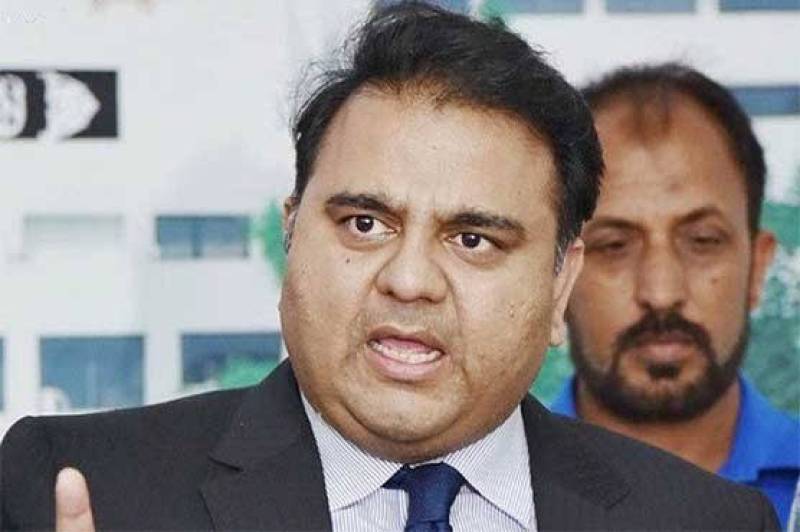 Information Minister Fawad Chaudhry is a person we all know. Chaudhry is making rounds in the internet for his controversial tweet. PTI and controversy? Well this combination is old by now. The twitter blaze started when Fawad Chaudhry took over Twitter to congratulate cricketer Yasir Shah breaking a record which is over 82 years old .

So happy for #YasirShah you made us proud boy, come on Pak media give this legend his due whats the fun in showing a presser of reminants of past like @sherryrehman she has zero contribution to the people or society these people have already hone in the wastebin of the history

While this tweet was all sweet it took a bad turn when he further added Sherry Rehman’s name saying how she is a person who did nothing for the country and is someone who is long forgotten by now, Wow!!! He referred to the media how they should not give unnecessary attention to such people who are long gone.

People were not happy how Fawad Chaudhry randomly dragged Sherry Rehman into his tweet.

Senator @sherryrehman practiced as a professional journalist for 20 years she's also first woman opposition leader She is a woman, a democrat, she is a devout liberal who has taken very brave positions in Pakistan on very contentious issues you can't even be like her in 100 years

Some even called him dumb for his statement:

English lessons all the way:

This is in bad taste. Sherry Rehman has lots of contributions for Pakistan. Such remarks from a federal minister. Kaisi tabdeeli hai yay sir?

Seriously? You really needed to say that while extolling the performance of Yasir Shah? Makes you feel good?

On the other hand Sherry Rehman gracefully ignored Fawad Chaudhry’s unnecessary rants and thanked everyone for standing up for her.