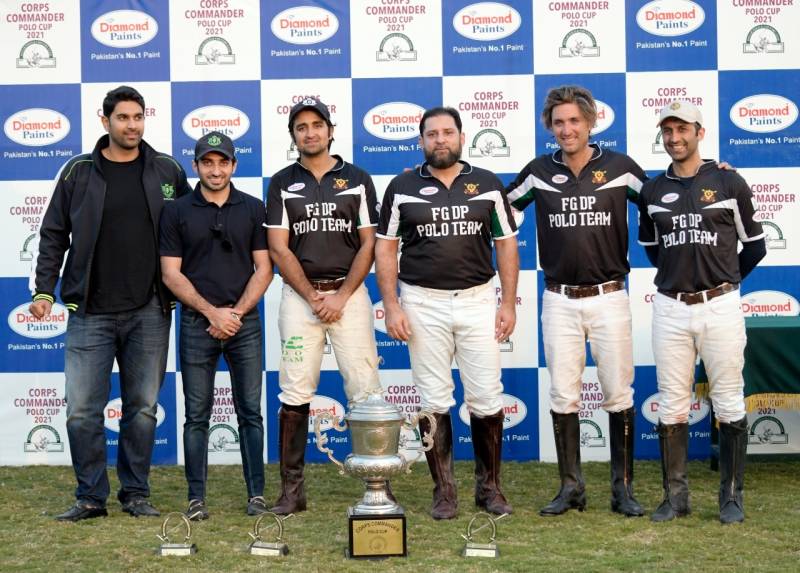 Barry's started the final well by converting a field goal in the first chukker to take 1-0 lead while matched fire-with-fire in the second chukker by scoring two goals against three by FG Polo/Diamond Paints to level the score at 3-all. After that, the entire final was dominated by FG Polo/Diamond Paints as they thrashed in two goals each in the third and fourth chukkers to win the encounter 7-3. Mariano Raigal and Mumtaz Abbas Niazi officiated the match as field umpires.

The subsidiary final was won by HN Polo, who outpaced Newage Cables by 8.5-4. From the winning side, Raja Samiullah and Eulogio Celestino emerged as top scorer by contributing three goals while Raja Mikael Sami and Haider Naseem converted one goal each. From the losing side, Turab Rizvi banged in a brace while Marcos Panelo and Alman Jalil Azam scored one goal apiece.

Earlier, An exhibition match was played between two teams - Team White and Team Red - consisting of the kids of Lahore Garrison Polo Academy. The match proved to be a one-sided affair, where Team White outclassed Team Red by 5-0. Matloob Aizad emerged as hero of the day with fabulous four goals. While the spectators also enjoyed tent-pegging by Rangers team and band show by Army band team.