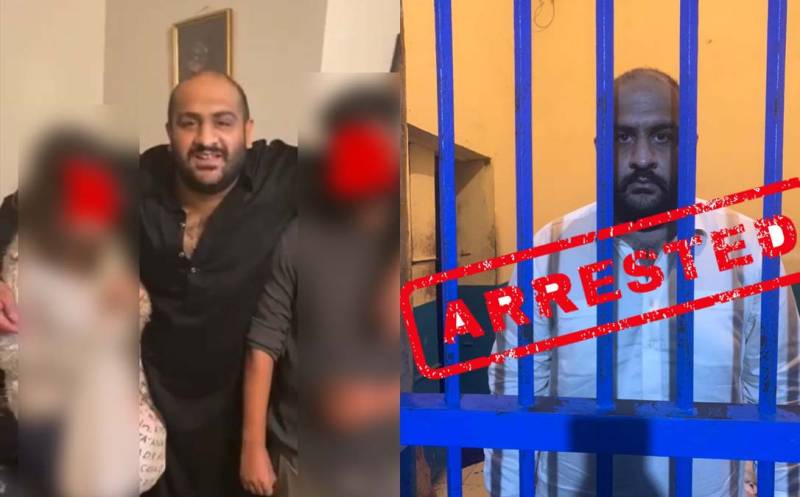 ISLAMABAD – Police in the federal capital Tuesday claimed to apprehend the culprit, Usman Mirza, who was seen assaulting, stripping naked a couple that sparked outrage on social media.

Reports quoting sources suggest that an accomplice of the suspect, who is identified as Farhan, was also detained following police action while the third accused, who also appeared in the harrowing clip, is still on the run.

Earlier, five to six men can be seen keeping the victims in custody under gunpoint in the video clip which went viral on social media. The culprits can be seen stripping the man and the woman naked while threatening them. A report also claimed that the suspects were also performing ‘vulgar acts’ with the young couple.

The video of violence against a woman and a boy went viral on social media. Islamabad police immediately utilized all resources to arrest the accused Usman Mirza in a few hours, registered FiR and initiated legal action. #ArrestUsmanMirza #IslamabadPolice

Police officials also told newsmen that the Usman and another accomplice will be produced in court today.

Update on #UsmanMirza case. @ICT_Police is undertaking prompt action with IG Islamabad leading the investigation of these heinous crimes. I have recieved numerous messages of women feeling unsafe & angry. The State is here to protect you & will not spare such barbarians.

"I have received numerous messages of women feeling unsafe and angry. The State is here to protect you & will not spare such barbarians," the MNA captioned the post.

Islamabad Deputy Commissioner Hamza Shafqat also confirmed the arrest of Mirza and accomplices. He requested social media users to delete the videos which show the ID of victims.

On the other hand, some reports quoting sources claimed that the clip is few months old but surfaced on social media on July 6 (Tuesday).

The prime suspect Usman Mirza, the Islamabad-based real-estate owner who also runs an automobile rental company, is a history-sheeter who also used to share short clips of modern weapons on social platforms. In another clip which was uploaded in May, he can be heard saying that he will be in jail for 15-20 days but will release very soon.

Usman Mirza mentions in this video from May that he'll be arrested but will be out on bail soon.
Was he arrested for the same crime but was released and was only re-arrested today after the video of the assault went viral?

Social media users have strongly reacted to the heinous incident and it’s the outrage that later switched into a social media campaign to ensure Mirza’s arrest.