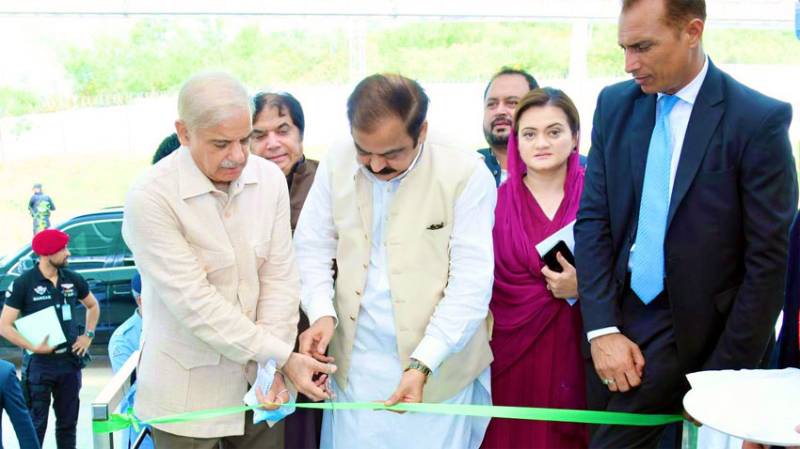 With the service, Bhara Kahu, GT Road, Koral and Rawalpindi are connected through Green, Orange, Blue and Red Lines respectively.

The bus service will run from Baharakahu to PIMS (Green Line) & Koral to PIMS (Blue Line) where all the Green Blue services will merge with Red Line (Rawalpindi Islamabad Metro). From Faiz Ahmad Faiz bus stop, the passengers can take the Orange line to Airport.

Addressing the ceremony, Prime Minister Shehbaz Sharif said directions had been issued to the relevant departments in this regard in order to save the money of this nation. Stressing the need for timely completion of development projects, he said law will take its course in case of any negligence.

The prime minister expressed the commitment to collectively steer the country out of immense challenges. He said Pakistan will definitely reach its development destination.

Expressing satisfaction over decrease in the prices of petroleum products in the international market, he said this will help bring down inflationary pressures currently faced by the people.

He said a comprehensive plan is being worked out to shift tube wells, government buildings, hospitals, schools, buildings and households to the solar energy to rid the nation of the expensive electricity currently being produced from oil and gas.

Describing the launch of new transport service in the federal cabinet as an important step, he said this will benefit different segments of the society. He said this service should be kept free for one month. He said funds will also be provided for the signal free Islamabad expressway from Koral to Rawat.

In his remarks, Interior Minister Rana Sanaullah said that projects worth thirty billion rupees have been envisaged for the federal capital.

He said the ground breaking of signal free Islamabad expressway from Koral to Rawat will be performed after Eidul Azha whilst the coverage of Islamabad Safe City project will be enhanced from thirty to one hundred percent during the current fiscal year.

Earlier, the Chairman CDA briefed the Prime Minister about the blue and green line transport service. He said a command and control center is also being established to manage the system of metro and other transport service in the capital.