One martyred, six injured as military helicopter crashes in Quetta 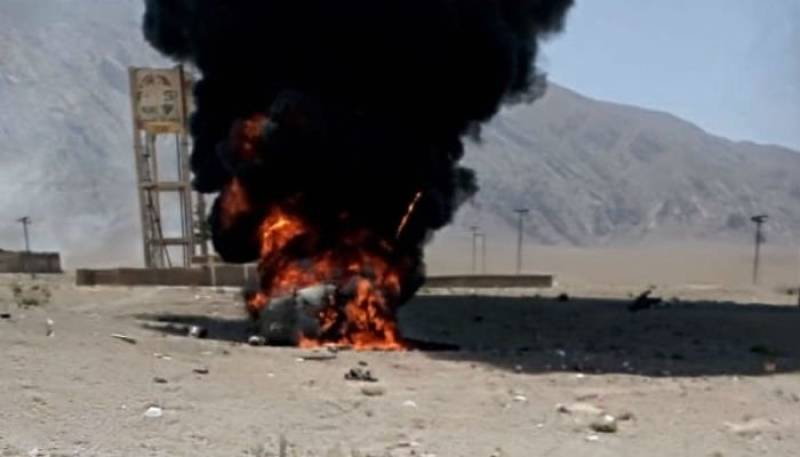 QUETTA – A Frontier Corps (FC) official was martyred while as many as six people were injured when an Army Aviation helicopter made a crash landing near eastern bypass in Balochistan’s capital.

According to Inter-Services Public Relations (ISPR), the media wing of the army, the helicopter was on a medical mission when it made an emergency landing in Quetta, reported geo news.

The ISPR said a wounded official of the FC who was traveling in the chopper lost his life before the crash landing; the injured have been shifted to Combined Military Hospital.

The chopper caught fire after the crash landing and clouds of black smoke were billowing over the area.

*This is the developing story and will be updated accordingly...