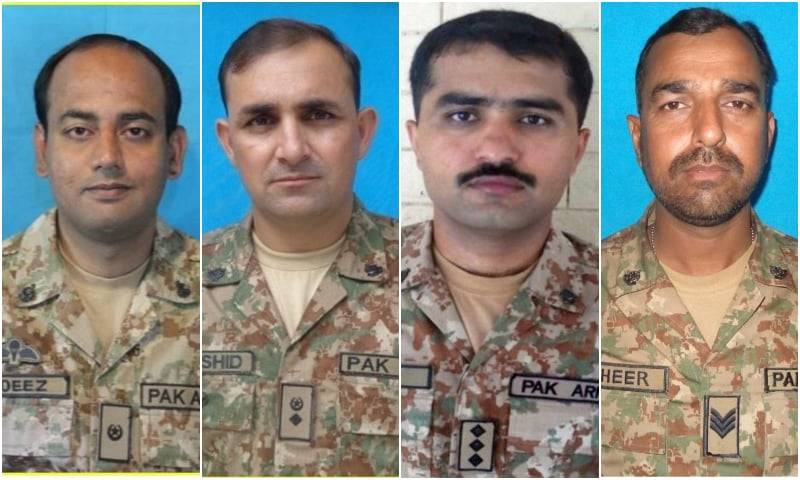 RAWALPINDI - Three officers and a non-commissioned soldier of Pakistan Army embraced martyrdom in a landmine blast in North Waziristan on Friday.

Four others Army personnel were injured during a blast caused by an improvised explosive device (IED) in Kharkamar, North Waziristan, the Inter-Services Public Relations (ISPR) said in a press release.

The Army's media wing further said: "This is the same area where forces had conducted search operations and arrested few facilitators.

"During last one month 10 security forces personnel have been martyred while 35 got injured including today's casualties," it added.

President Dr Arif Alvi and Prime Minister Imran Khan have strongly condemned the terrorist attack in North Waziristan that resulted in martyrdom of three officers and a soldier of Pakistan Army.

He prayed for the departed souls to rest in peace and for the grant of courage to the bereaved families.

Condemning the attack on security forces and expressing his sorrow over the loss of precious lives of Pakistan's valiant soldiers, Prime Minister Imran Khan said the whole nation stands behind them.

I salute the sacrifices & bravery of our soldiers in keeping us safe. The whole nation stands behind them. https://t.co/uYpmfY2iHP