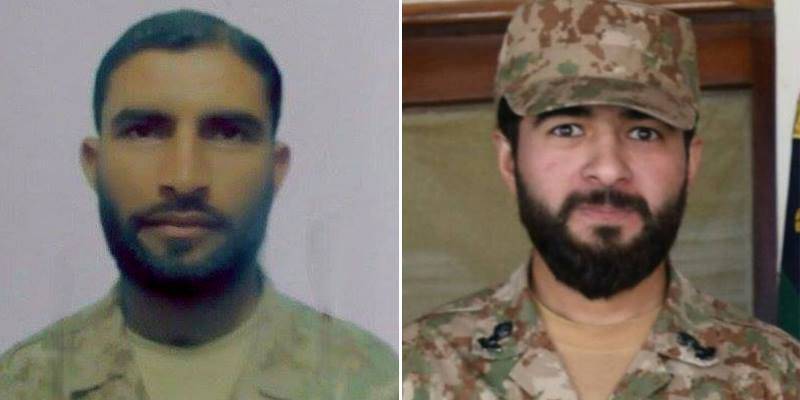 MARDAN - Two army men were martyred on Tuesday during an exchange of fire with miscreants, ISPR said in a statement.

According to Pak army's media wing, as part of operation Radd ul Fassad an intelligence operation was being carried out in Swabi and Malakand city of Khyber Pukhtunkhwa.

Pak army soldiers surrounded the compound of terrorists on a tip off but during the exchange of fire, Captain Junaid and sepoy Amjad were martyred.

It may be mentioned here that Pakistan army had launched operation Radd ul Fassad across the country in the purview of recent spree of attacks to weed out terrorism.

Combing operations across the country have been launched and law enforcement personnel are leaving no stone unturned in bid to smash terrorism and militancy.