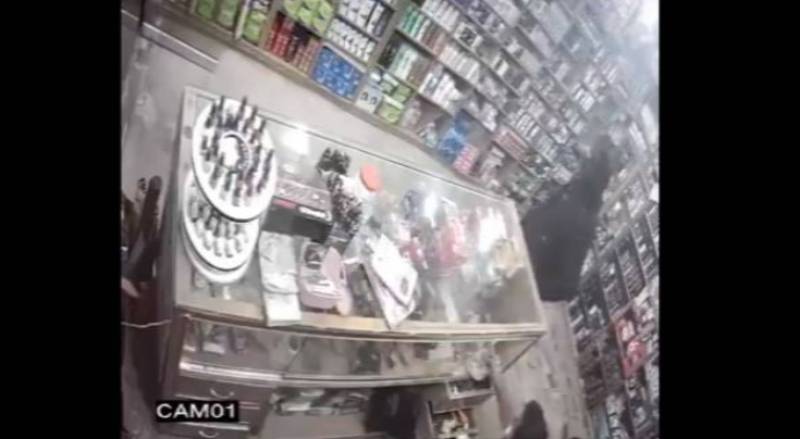 KARACHI – A video showing a robber and shopkeeper casually talking while taking cash and shampoos is being widely circulated on social media.

The footage shows hilarious moments where the robber shows sympathy towards his victim and offers as much leniency as possible.

“Yes, keep it”, says the sympathetic robber when the shopkeeper asks if he may keep the change.

The robber asks the shopkeeper to give him ‘big notes’ but he fails to oblige because of “there is no work”.

“We also don’t have work”, remarked the robber, “We are doing it because there is no other option”.

“Don’t come again”, said the shopkeeper when the robber was peacefully stepping outside the shop.

No other city in the country could engage a robber like this. pic.twitter.com/RyZkyWceI1

The banter is hilarious and the robbery is executed peacefully. Netizens are saying, this can happen only in Pakistan.

Here are some funny responses to the heist. 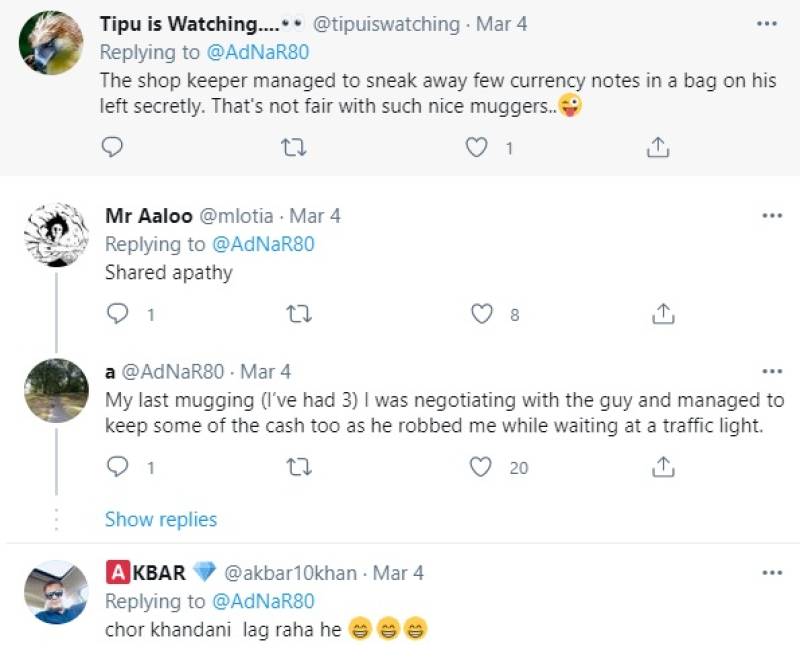