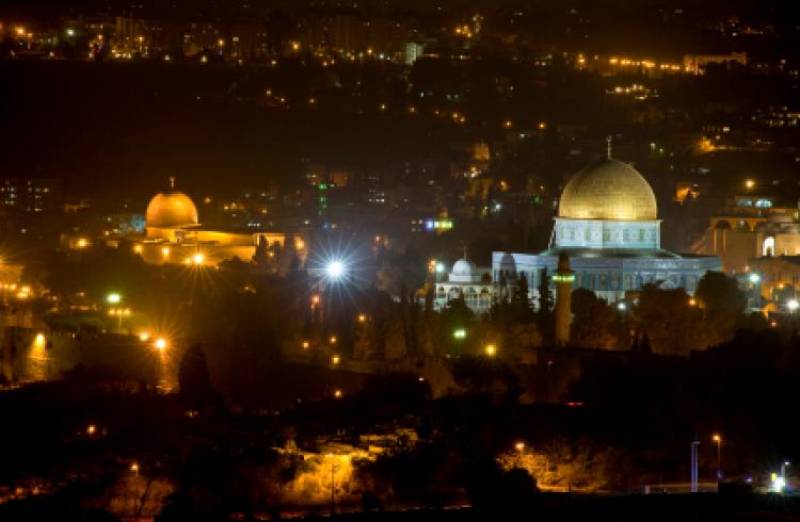 LAHORE – Shab-e-Mairaj-un-Nabi (SAW) would be observed across the country on Thursday night (March 11) with religious fervor, respect and devotion amid virus lockdown in several parts of the country.

The word ‘Mairaj’ is an Arabic word meaning height or ascending. It is celebrated across Pakistan on the 27th of Rajab each year and special prayers and mahafils are arranged in mosques and other places to seek the blessings of Allah the Almighty.

Shab-e-Mairaj, (night of forgiveness) is a glorious night, marking the Isra and Meraj of Prophet Muhammad (Peace Be Upon Him) when he was taken from Makkah to Al-Haram-Al-Sharif (also known as the Temple Mount) and was then taken to heaven on the heavenly animal named 'al-Buraq.'

Prophet Muhammad (PBUH) was awarded the five prayers (Salat) during the Mairaj.

Muslim women offer special prayers at their homes or special gatherings whereas men offer prayers and attend mahafils in the mosques which are decorated specifically for the holy occasion. They seek blessings from Allah and also pray for the welfare of Pakistan and the Muslim Ummah.

During the gatherings, Muslim scholars would highlight the importance of the day and the blessings that were endowed upon the people who brought faith in the religion and the Prophet (PBUH).

In view of the coronavirus pandemic, mosques are advised to follow the SOPs and avoid large gatherings in an attempt to prevent the spread of the deadly contagious virus that has resulted in the death of millions of people around the globe.

JEDDAH – Saudi Arabia has announced that only people who have been vaccinated against COVID-19 will be allowed to ...