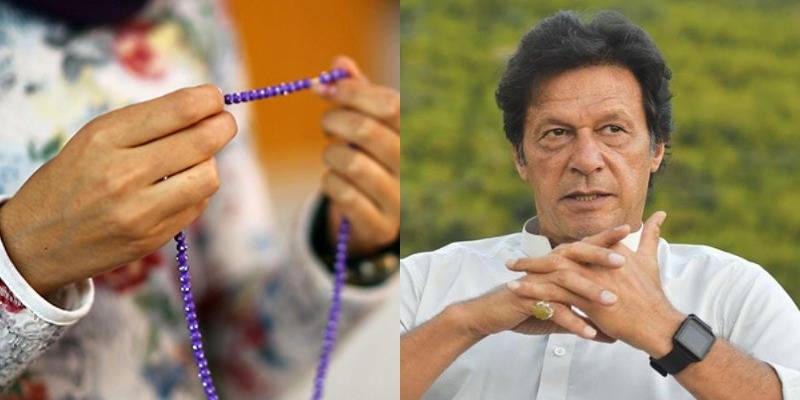 LAHORE - Pakistan Tehreek-e-Insaf (PTI) is under fire for taking back the name of Nasir Mehmood Khosa, former chief secretary of Punjab, as caretaker chief minister days after the mutually-agreed announcement was made.

Amid calling the Imran Khan-led party immature, another controversy was pitched by a leader of Pakistan Peoples Party, Faisal Mir, during a current affairs programme on Din News.

Mir said that he learnt about the unusual development from his friends, who have joined the PTI. He claimed that the party leaders held meetings with Khosa and selected his name after heavy deliberations.

Apparently referring to Bushra Maneka, the third wife of Imran Khan, the PPP leader claimed that a spiritual leader of PTI chief had informed him that Khosa would not be a good omen for the party in the upcoming elections.

The spiritual leader used Imran Khan and Nasir Khosa’s date of births and the fact that Imran’s name ends with ‘N’, while Nasir Khosa’s starts with ‘N’ to deduce that this arrangement would not be beneficial for the party.

Therefore, the PTI took back his name, saying the public opinion was not in his favour. The party further said that new name would be announced within 24 hours after consultation.

LAHORE - Nasir Mehmood Khosa, who was earlier nominated by Punjab government and opposition as the caretaker chief ...

On May 28, Mian Mehmood ur Rashid and Punjab CM jointly announced the name of Nasir Saeed Khosa after having the days-long consultation.

Khosa, who hailed from Dera Ghazi Khan, belongs to the Pakistan Administrative Service (PAS). He worked as chief secretory Punjab between 2010 and 2013.