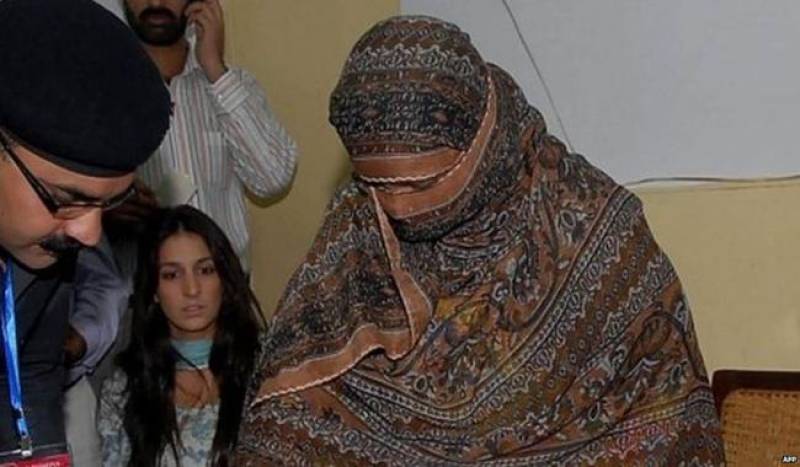 ISLAMABAD - Asia Bibi, an accused in blasphemy case has been granted a fresh chance to escape the execution after the Pakistan's top court confirmed that it will hear the appeal against her capital punishment next week.

"BiBi, a Christian woman has been on death row since 2010", local media reported on Friday.

She was convicted and sentenced to hang in 2010 after an argument with a Muslim woman over a bowl of water. Her supporters maintain her innocence and insist it was a personal dispute.

Supporters of Mumtaz Qadri, an Islamist who assassinated provincial governor Salmaan Taseer after he advocated for Bibi in 2011, regularly call for her hanging.

A decision by the court in her favour would "send a powerful message to the world that Pakistan respects the rule of law and not the mob," Mustafa Qadri, an expert on human rights in South Asia, told foreign news agency.

He also predicted that supporters of the assassin Qadri would react violently to such a decision. The Islamist was hung earlier this year, bringing hardliners into the streets chanting slogans against Bibi, although they dispersed after several days.-APP