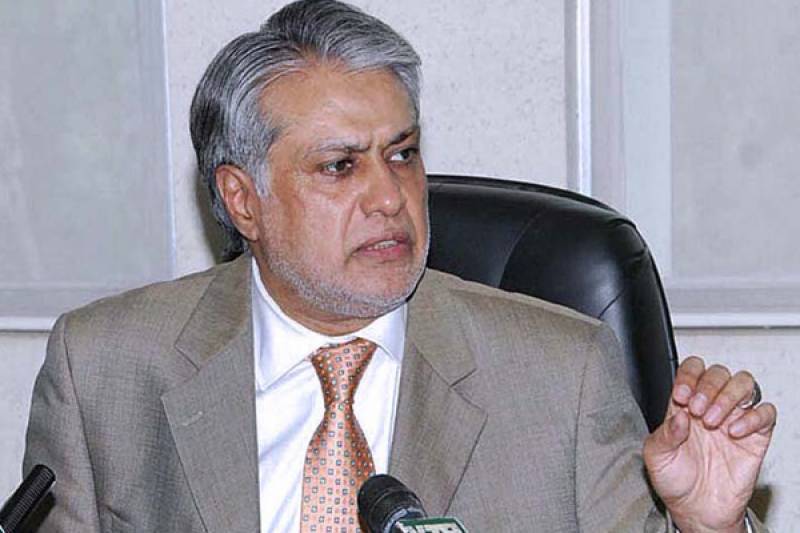 ISLAMABAD (Web Desk) - Finance Minister Ishaq Dar has taken a strong exception to the statement of Pakistan Tehreek-e-Insaf (PTI) Chairman in which he leveled serious allegations against the Chairman of Federal Board of Revenue (FBR).

The Minister termed the allegations as baseless and fabricated as Imran Khan has not provided any evidence to support his allegations.

The Minister stated that such baseless allegations lead to perverting the institution and affect its efficiency.

He stated confidence in the leadership of FBR and hoped that the PTI leader in the future will weigh the adverse impact of his statements not only on the individual’s reputation but also on national institutions.