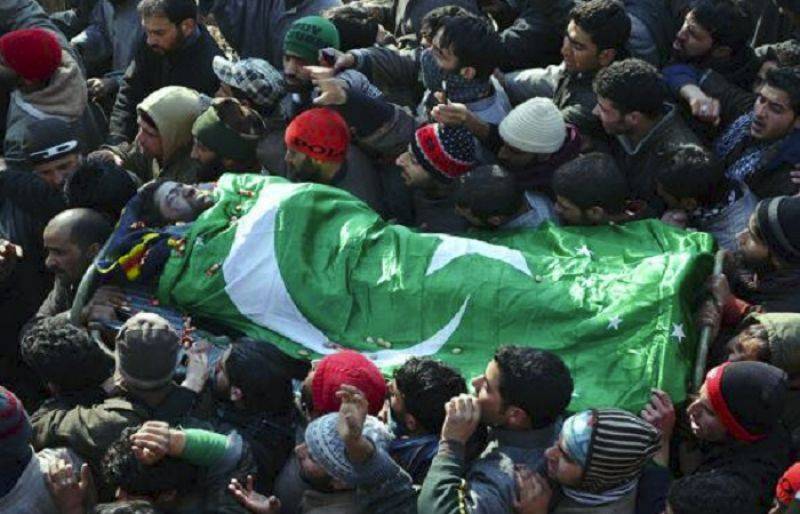 ISLAMABAD/SRINAGAR (Online) - Indian troops martyred two more students including a teenager in Baramulla districts, while death toll soared to 91 in the uprising triggered after the killings of Burhan Muzaffar Wani on July 8 in the territory.

Naseer Ahmad Dar, 20, was killed and over 150 people were injured after Indian paramilitary personnel fired bullets and pellets on protesters at Seer Hamdan in Islamabad district.

A 35-year old woman, Tasleema, was critically injured when she was hit by teargas shell. Another 17-year-boy, Musaib Majeed Nagoo, succumbed to his injuries at a hospital in Srinagar.

He was brutally injured by the Indian forces in Wadoora area of Baramulla district on Sunday. More than 11,000 people have been injured in the Indian forces’ violent actions during the past two-month period.

However, people defied the restrictions and staged anti-India and pro-freedom rallies and protests in many areas of the occupied territory.

They added that India was scared of any meaningful dialogue with Hurriyet leadership and Pakistan, as New Delhi had occupied Jammu and Kashmir illegally and forcibly.