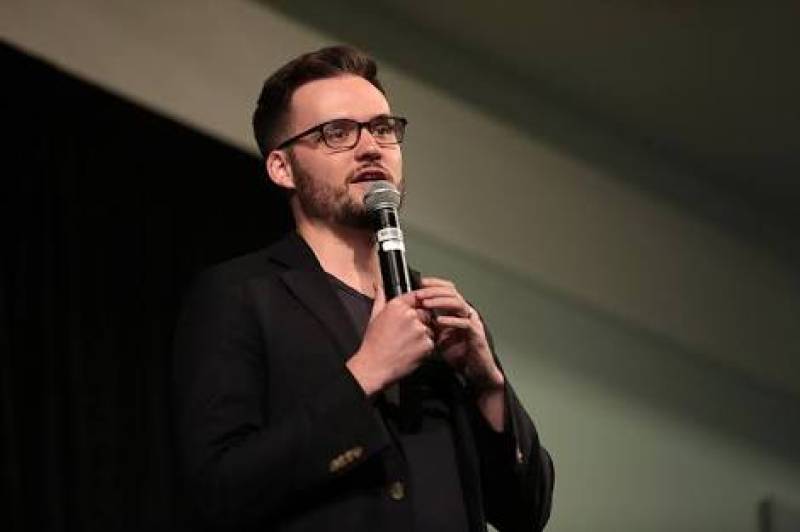 The on going India and Pakistan fued on Twitter is now powered by hilarious tweets from Jeremy McLellan. He is the same American comedian who visited Pakistan and promoted the positive side of our homeland. However his puns are making Indians angry as he sides with #TeamPakistan. This is what McLellan has to say about Kashmir.

It sure pissed off some Indians, some even accused that he is being paid by the government of Pakistan.

Or maybe he just wants to be a voice for the silenced ones?

He then posted a comment of his Kashmiri fan:

A Kashmiri fan comments from a school in Srinagar. This is what the Indian army is doing to students there. #KashmirSolidarityDay pic.twitter.com/GA4x7GH5Qn

Please bro. raise kashmir issue by somehow. Every day Indian army enter in our homes and beat our sisters, mothers, childrens and steal gold, money and other valuable items from us

He then addressed the people who accused him of getting paid for the tweets, LOL!

If Pakistan was paying me to tweet, I’d have a much nicer car and house.

Damn son! Where is logic?

I.e. Display picture says it all!

Because they pay according to your level I.e. cheap

Not sure you know how to use Twitter pic.twitter.com/VN66c1tGY9

Indians: Please stop spreading rumors that I’m paid by Pakistan to tweet about Kashmir. My wife keeps asking where the money is and it’s ruining our marriage. https://t.co/clNl7LxnQK

And the ultimate troll!!!

Jeremy McLellan sure has a soft corner for Pakistan as he was welcomed with open arms and was mesmerized by the beauty. He not only talks about Pakistan, Kashmir but also the troubled places like Palestine. A moment of silence for all the Indians who are being trolled.