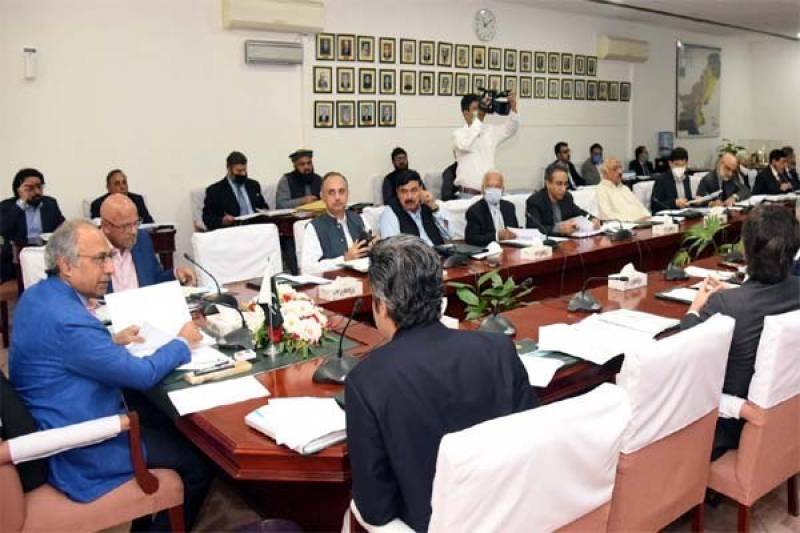 The ECC meeting which was chaired by Adviser to the Prime Minister on Finance and Revenue, Dr. Abdul Hafeez Shaikh gave approval to Rs 842 million for paying off the executing agencies of the Prime Minister’s youth loan scheme during the current financial year.

It also approved Rs90.459 million for Pakistan Nuclear Regulatory Authority, to help PNRA meet its obligations, Rs5 million in respect of Punjab Rangers to enable Ministry of Defence to purchase spare parts for the maintenance of helicopter during the current financial year and Rs2.074 million, received as grant from the US Embassy in favor of HQ Frontier Constabulary Peshawar for the construction of Frontier Constabulary Training Center at Michni Shabqadar.

The committee also approved US $ 1.5 million for the Ministry of energy to pay the legal counsels hired on behalf of the State in the international litigation case against Ms. Karkey besides approving Rs300 million in favor of Ministry of Information and Broadcasting to execute the communication campaign for the Ehsaas Program in the next three months.

On the proposal by the Ministry of Energy for allowing foreign exchange gains/losses in excess of 7% on delayed payment for Kohala Hydro power project, the ECC directed SBP to negotiate with all relevant stakeholders and come up with a viable and practical solution of the issue.

The USC was further directed by the Chairman ECC to ensure provision of essential items at reduced prices to the people in the wake of current situation prevalent in the country due to COVID-19 as well as during the approaching month of Ramazan.

As many as Rs. 21 billion have already been disbursed to the USC after December 2019 for the procurement of essential items and the MD, USC assured the ECC that the corporation was effectively utilizing its market presence for providing affordable goods to people in this hour of need.