PM Nawaz visits Quetta to inquire after health of injured 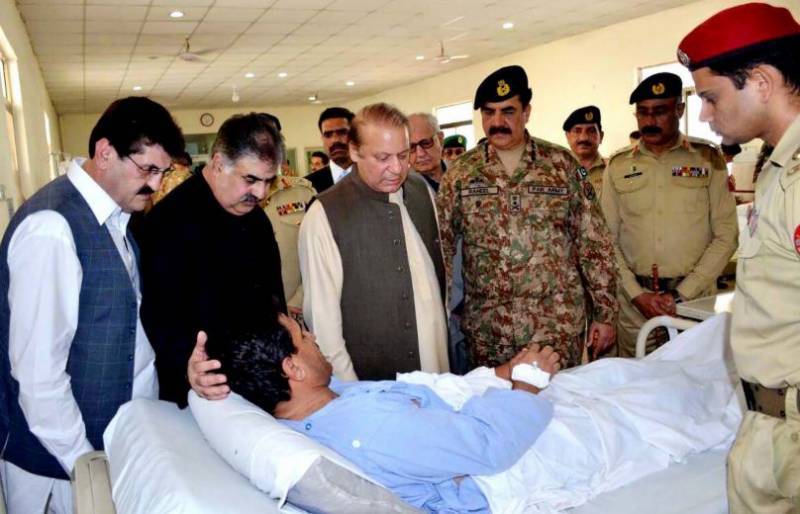 On this occasion, Nawaz instructed the officials of health department to provide the best treatment facilities to the injured. He also directed the officials concerned to extend every type of cooperation to the families of bomb victims.

The PM also condoled the death of Cameraman of Dawn television channel with his family members, Radio Pakistan reported.

Blast at Quetta’s Civil Hospital at Monday morning left 70 dead whereas scores were injured. Lawyers and media personnel were among those who lost their lives in the tragedy.