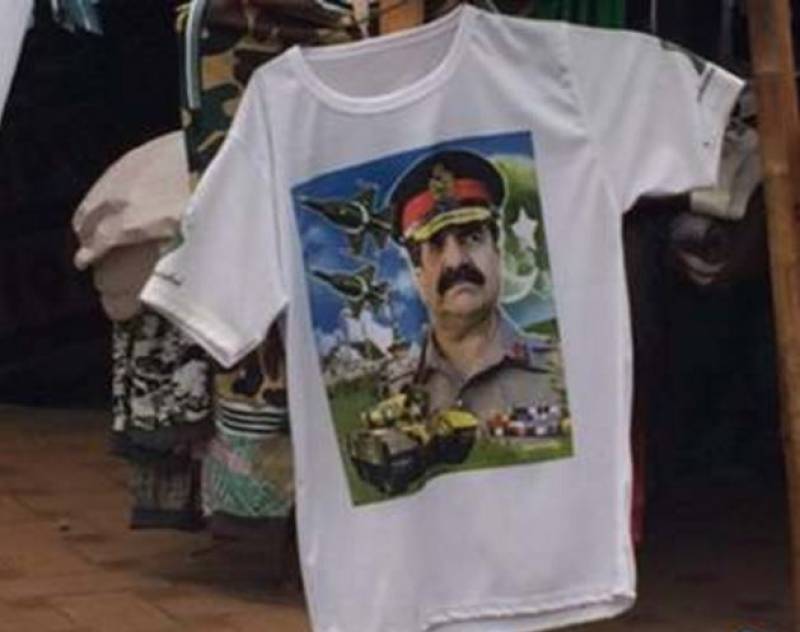 FAISALABAD (Web Desk) - As Independence Day is approaching, a t-shirt having the picture of Chief of Army Staff General Raheel Sharif is selling like cakes, becoming the most sold shirt this year.

According to details, hundreds of thousands of these shirts have so far been sold in major cities including Karachi, Lahore, Faisalabad and Islamabad.

The t-shirt was hardly available last week as all of the previously printed shirts were purchased by the fans of Raheel Sharif.

Shopkeepers said that they were not expecting such a public response for the shirt, which was the reason behind their decision to place such limited orders.

Army Chief General Raheel Sharif has been termed as Pakistan's most popular personality since he took over the position in 2013. "Thank You Raheel Sharif" has become a common phrase among Pakistanis to express their gratitude towards him for the unmatched services to the country.