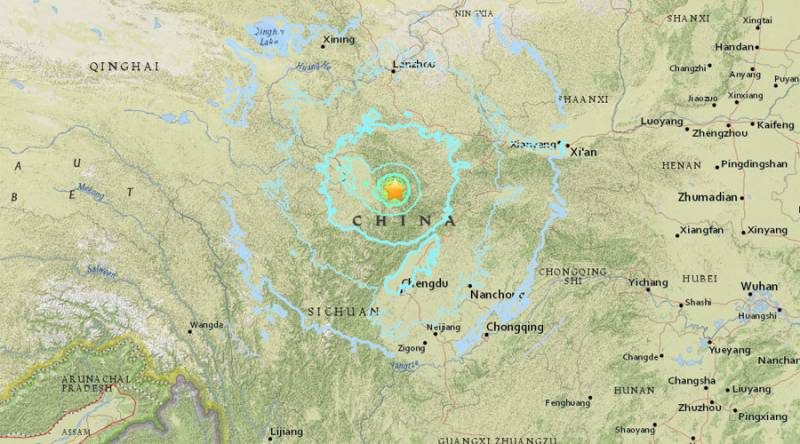 SICHUAN - Five people are reportedly dead at a tourist resort in China’s southwest province of Sichuan following an earthquake measuring 6.5 on the Richter scale.

However, Chinese authorities say the earthquake measured magnitude 7, according to state media.

Video taken by tourist visiting the Jiuzhaigou Valley when the M7.0 earthquake hit the area on Tue. 38799 tourists visited Jiuzhaigou on Tue pic.twitter.com/Kx05Agxroa

The quake struck in a sparsely populated area 200 km west-northwest of the city of Guangyuan at a depth of 10 km, the USGS said. It had earlier put the quake at magnitude 6.6 and 32 km deep.

The Sichuan earthquake administration said the epicentre of the tremor was in Ngawa prefecture, largely populated by ethnic Tibetans, many of whom are nomadic herders, but also close to the Jiuzhaigou nature reserve, a popular tourist destination.

Sichuan television said four people had died and more than 30 people had been injured in Zhangzha township, but noted the area has few permanent residents.

The area is frequently struck by earthquakes.

Pictures on state media-run social media sites showed some damage in Jiuzhaigou, with tiles having fallen from buildings and people gathering outdoors.

State television cited a resident in a village near Jiuzhaigou as saying no buildings had collapsed where he was, but that there had been strong shaking and people had fled outdoors.