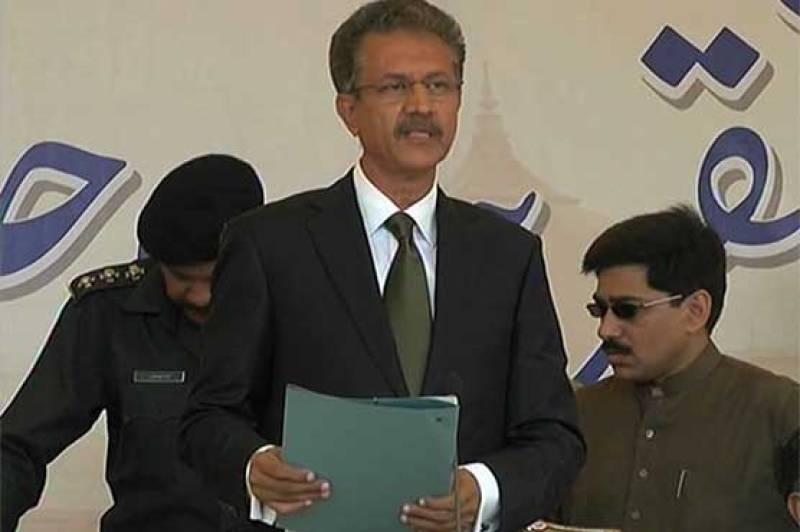 KARACHI - An anti-terrorism court (ATC) in Karachi indicted city mayor Waseem Akhtar and others in two more cases pertaining to May 12, 2007 violence.

Of the total accused in the cases, as many as 21 including the mayor appeared before the court on Saturday and pleaded 'not guilty' to the charges which include clauses related to attempted murder, creating unrest and spreading terror.

Fifteen others nominated in the cases had already been declared absconders by the court for continued absence.

The court ordered the witnesses to appear before it in the next hearing.

KARACHI - The Sindh High Court (SHC) on Tuesday ordered the formation of joint investigation team (JIT) to probe the ...

The ATC had already indicted Akhtar and the other accused this year in two separate cases pertaining to the May 12 massacre.

On May 12, 2007, clashes and gunfights between rival political parties erupted when deposed chief justice Iftikhar Muhammad Chaudhry arrived at the Jinnah International Airport.

Karachi roads turned into the battlefield as Pakistan Peoples Party (PPP), Awami National Party (ANP), and Pashtunkhwa Milli Awami Party (PMAP) activists, who supported the judge, and the pro-government Muttahida Qaumi Movement (MQM) activists took to the streets against each other.

More than 40 people were killed and several hundred were left injured during the clash. The violence continued for several days, culminating in events that led to the historic Lawyers’ Movement.

Akhtar was the provincial home adviser to the chief minister at the time.