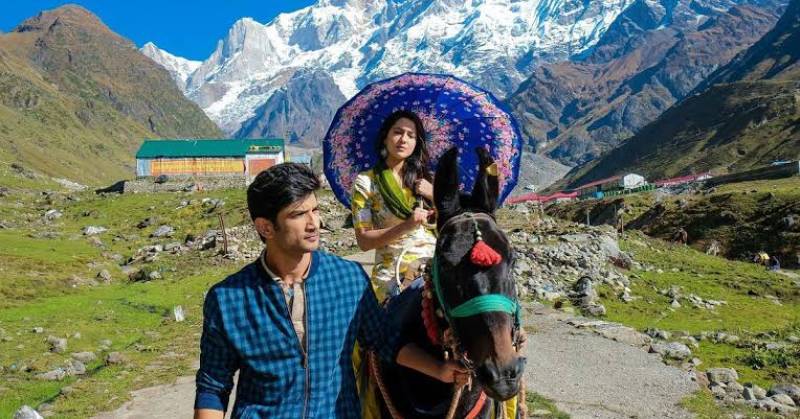 Sara Ali Khan’s debut film Kedarnath is facing serious backlash since the trailer was released. The pressure is building up. The voices against the release of the film are getting louder. In a recent report it is confirmed the film is banned in seven districts of Uttarakhand, India. Districts include Haridwar, Nanital, Tehri, Almora, Dehradun, Uddham Singh Nagar and Pauri.

This decision was taken by District magistrates  concerned by the societal pressure. The screening of this film is imposed banned in Nanital and Udham Singh Nagar on Thursday. The whole pressure is created by Hindu community standing up against the idea of “Love Jihad” (An alleged campaign where Muslim men target non-Muslim women for conversion to Islam).

The plea to ban this film was submitted to Bombay high court which was later dismissed. Bombay High court ordered the film to be released. Kedarnath is a unusual love story between Mukku (Sara Ali Khan) and Mansoor (Sushant Singh Rajput).