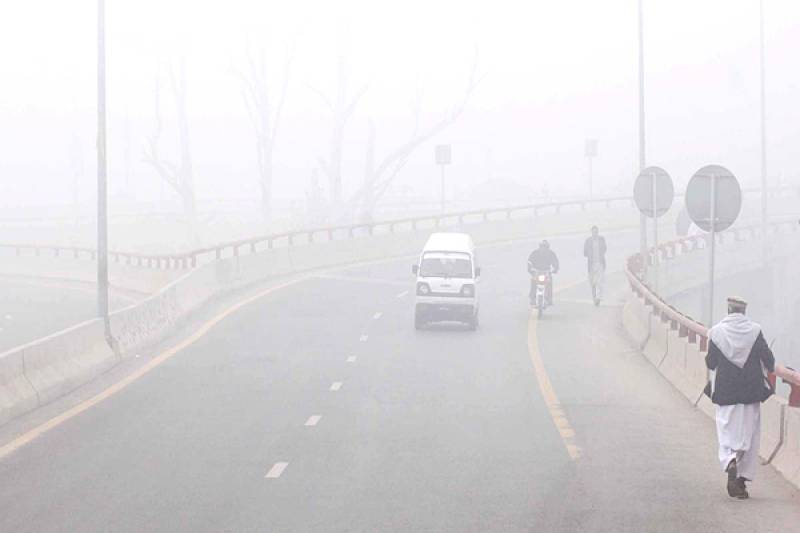 LAHORE - At least seven people were killed while 18 others were injured in road accidents in Sheikhpur and Sahiwal cities of Punjab province on Friday night.

In Sheikhpura, a rickshaw rammed into an incoming oil tanker on Sargodha Road. The mishap left a man and his wife dead along with four others, with another one seriously injured.

The deceased and injured were shifted to District Headquarters Hospital in Sheikhpura.

In another tragic accident near Chichawatni Bypass, a passenger bus collided with an oil tanker, killing three people including two women. The collision left 17 people injured as well.

According to rescue officials, the accident occurred as the bus driver fell asleep; the bus was bound for Lahore from Multan.

The Punjab province is currently facing fog and smog as several cities including Lahore, Gujranwala, Wazirabad are under a thick blanket.

Commuters are facing difficulties as the visibility drops to zero especially at night.

The Met office Friday forecast cold and dry weather in most parts of the country during the next 24 hours.

Partly cloudy weather with chances of rain (light snowfalls over the hills) is expected at isolated places in Gilgit-Baltistan and north Balochistan. However, foggy conditions are expected in Gujranwala, Sargodha, Faisalabad, Lahore, Sahiwal during night and morning hours, the department stated.

According to the synoptic situations, continental air is prevailing over most parts of the country and shallow westerly wave is likely to affect western and northern areas of the country on Saturday evening and night.