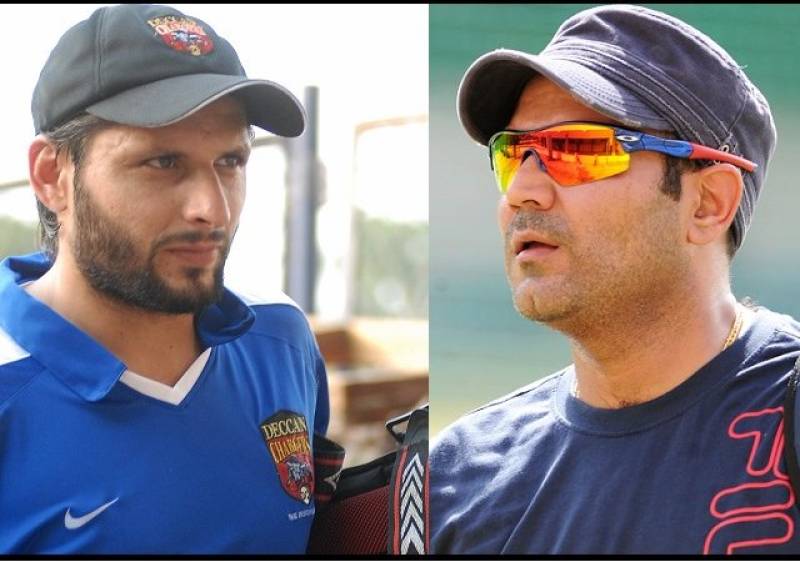 Royals won the match by six wickets and chased the target in 15.2 overs. Owais Shah led the charge and scored 74 runs. Shah was declared man of the match.

Choose to bat first, Diamonds gave a target of 165 for the loss of nine wickets to Royals in stipulated 20 overs.

Skipper Sehwag smashed 62 from 31 deliveries and Andrew Symonds chipped in with 40 from 30 balls. Abdul Razzaq picked up 4/18 while Shoaib Akhtar took 2/32 for the Royals.

The next match will be played on Friday (tomorrow) at 4pm PST at the same venue.

Former Stars from Pakistan and India ready to come in action on Ice as Ice cricket kicks off on February 8th.#Cricket #Pakistan #IceCricket pic.twitter.com/t4wUlYnXmn

The vent is a joint initiative of Vijay Singh, CEO, VJ Sports and Akhilesh Bahuguna, Director, All Spheres. The maiden edition of the St. Moritz Ice Cricket 2018 was announced at a press conference in the presence of Sehwag and Kaif at New Delhi recently.

We are now at the field , see how clean this looks this will be interesting #StMoritz #Switzerland #cricketonice #Shoaibakhtar pic.twitter.com/EYCSgH4ZnT

"With the approval from International Cricket Council (ICC), the St Moritz Ice Cricket has the potential to become a flagship property for the discerning patrons of the game all over the globe," Vijay Singh, CEO, VJ Sports said.

Full squads of both teams: