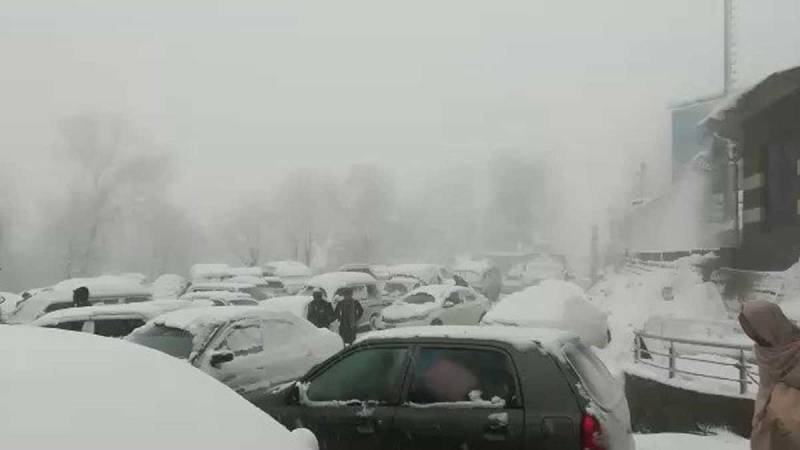 ISLAMABAD – At least 22 persons had died after their vehicles were stranded amid heavy snowfall and traffic congestion in the country’s most favorite hill station Murree.

Rashid mentioned that thousands are still stranded as the routes to Malka-e-Kohsar are closed due to heavy snowfall.

To avoid further casualties, the administration has closed the road from Islamabad to Murree while platoons of the armed forces have been called in for rescue efforts, while Rangers and Frontier Corps will be deployed on an emergency basis.

The administration also warned the citizens not to leave their homes in severe weather or turn to Murree as severe weather conditions are likely to continue till late at night.

The local residents of Murree provided food and blankets to those stranded, adding that the administration had closed all routes to the hill station and was allowing only vehicles planning to take food and blankets.

The Punjab government has declared Murree a calamity hit region and declared an emergency. Punjab Chief Minister Usman Bazdar has ordered to open state-owned rest houses and public offices for stranded tourists after the situation deteriorated.

Buzdar while ordering to expedite the rescue operation for the safe evacuation of the people trapped in Murree said that all resources should be utilized to evacuate the tourists to safer places, necessary relief items should also be provided to the tourists.

He also directed to send additional machinery and staff from Rawalpindi and other cities to the calamity-hit region.

NATHIAGALI – Heavy snowfall coupled with rain and thunderstorm continued all day in most parts of ...