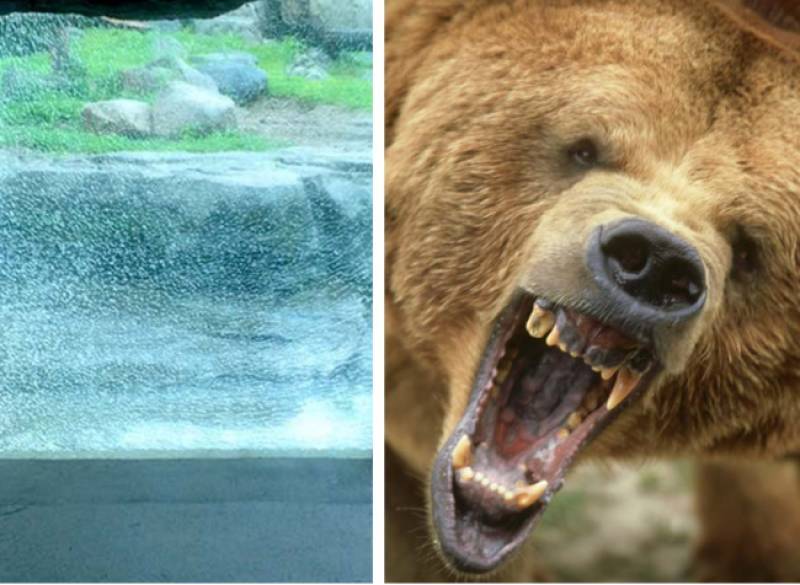 APPLE VALLEY/MINNNESOTA (Web Desk) - The Grizzly bears at the Minnesota Zoo is a great attraction for people because of the close proximity of bears to guests while still remaining in a simulated natural habitat.

Unexpectedly, one of the bears got closer to the boundary, shattering part of the multi-pane viewing glass with a rock, reported CNN.

The glass remained in place.

"The noise of the rock into the glass was so loud that it reverberated, and that is when people ran," said Robin Ficker, one of the zoo visitors who decided to stay to see what happened next.

The incident lasted a mere 30 seconds and occurred right as a zookeeper was in the cavern of the viewing space, but even "she looked startled," according to Ficker. It all came to an end when the bears were summoned to their enclosures.