Pakistan to register all foreigners living in country 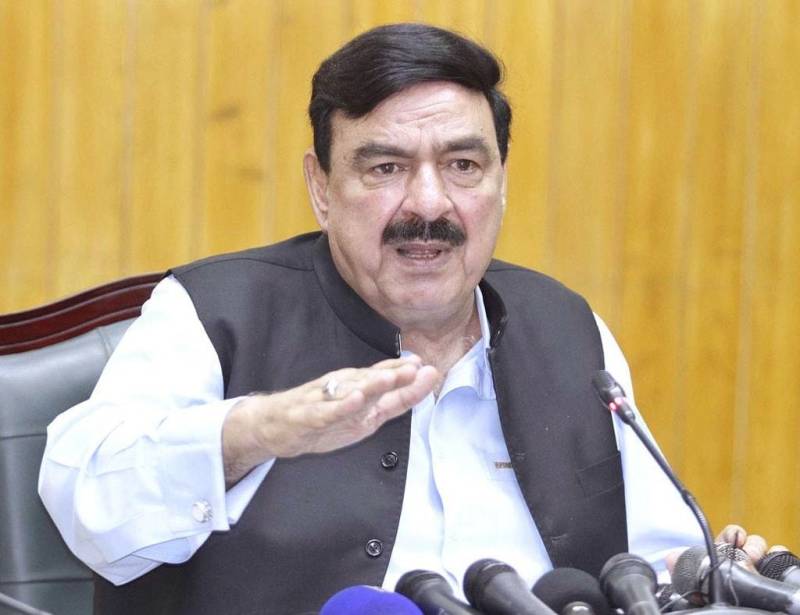 Interior Minister Sheikh Rashid Ahmed has said the government has decided to register all foreigners currently living in Pakistan.

Talking to the media in the federal capital Islamabad, he said: "The Interior Ministry has decided to register all foreigners [in the country], whosoever they may be."

Rashid said some individuals making fake Afghan identity cards had been caught as well and "our effort will be to register every foreigner amid the currently developing situation [in the country]."

He said that 40,000 to 50,000 unidentified people entered the country in 70 years, adding that "we don't know about their whereabouts".

He said that foreigners living in Pakistan would be issued "alien cards", which would allow them to open bank accounts, start businesses, obtain SIM cards and travel in Pakistan.

He said that foreigners could contact the Interior Ministry after their visa expires to continue availing these services. He said that all visa applications had been made available online and visas are issued within 30 days with the permission of the Cabinet.

"Agencies review applications and we issue visas if they don't respond within 30 days," he said.

Talking about border management, Rashid said: "Chaman border [management system] will be made electronic from the first [of August]."

Regarding 4,000-5,000 Pakistanis stranded at Torkham border, he said the National Command and Operation Centre (NCOC) had given permission to open the border for vaccinated individuals.

"The NCOC and FC (Frontier Corps) will decide what to do about those who test positive [for Covid-19]," the interior minister said.

Responding to a question about the banned Tehreek-e-Labbaik Pakistan (TLP), Rashid reiterated the case would be sent to and decided by the Cabinet this week.

"[Prime Minister] Imran Khan and the bat will win," he said, adding that people would vote for the prime minister in the next general election as well "and for that we will have to further improve our performance".

Rashid announced that action would be taken against drug peddlers on a large scale. He said more drugs were being imported to Pakistan than being sent out.

He reiterated that dialogue with India would not be possible until it restores Indian-occupied Kashmir's autonomous status and takes back its decision of August 5, 2019.

He condemned Indian action in IoK when Indian troops martyred four Kashmiri youth, according to Radio Pakistan, and rejected Indian accusations of Pakistani involvement in recent drone activity in the region.